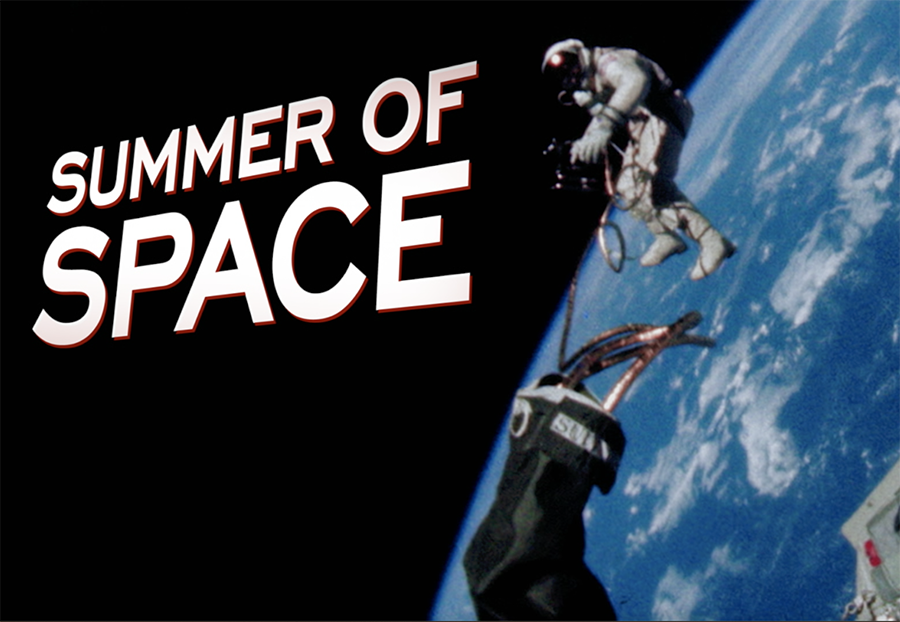 Next month we present a multiplatform celestial programming spectacle sure to excite any space enthusiast! Anchored by the highly-anticipated six-hour, three-night series Chasing the Moon: American Experience, PBS’s Summer of Space blasts off on July 8 with new history and science programs to commemorate the 50th anniversary of the Apollo 11 moon landing.

Years in the making, Chasing the Moon (Monday-Wednesday, July 8-10 at 9pm) thoroughly reimagines the race to the moon for a new generation, upending much of the conventional mythology surrounding the effort. The series recasts the Space Age as a fascinating stew of scientific innovation and PR savvy, political calculation and media spectacle, visionary impulses and personal drama. With no narration and using only archival footage—including a visual feast of previously lost or overlooked material culled from more than 90 different archives from around the world—the series features new interviews with a diverse cast of characters who played key roles in these historic events. Among those included are astronauts Buzz Aldrin, Frank Borman and Bill Anders; the renowned futurist Freeman Dyson; Sergei Khrushchev, the son of former Soviet premier Nikita Khrushchev, who played a prominent role in the Soviet space program as a rocket engineer; Poppy Northcutt, the 25-year-old “mathematics whiz” who gained worldwide attention as the first woman to serve in the all-male bastion of NASA’s Mission Control; and Ed Dwight, the Air Force pilot selected by the Kennedy administration to train as America’s first black astronaut.

While other documentaries have largely painted a familiar narrative of goals set, obstacles overcome, disasters averted and missions accomplished, Chasing the Moon tells a vastly more entertaining and surprising story. As the film reveals, the drive to land a man on the moon was fueled as much by politics as it was by technology and was a controversial undertaking during a volatile era.

Additional Summer of Space programs include a new space-themed Antiques Roadshow “Out of This World” (Monday, July 8 at 8pm) and NOVA’s “Back to the Moon” (Wednesday, July 10 at 8pm) and “The Planets” (Wednesday, July 24 at 9pm) , which treat viewers to an up-close look at faraway worlds as scientists reveal plans for next generation space travel and how life on other planets is impacting life on Earth. In 8 Days: To the Moon and Back (Wednesday, July 17 at 9pm), viewers will see the story of Apollo 11 with rare mission audio and CGI recreation of the crew experience. The three-part Ancient Skies, starting Wednesday, July 24 at 8pm, will uncover how centuries of knowledge, experimentation and engineering helped our ancestors explore outer space.