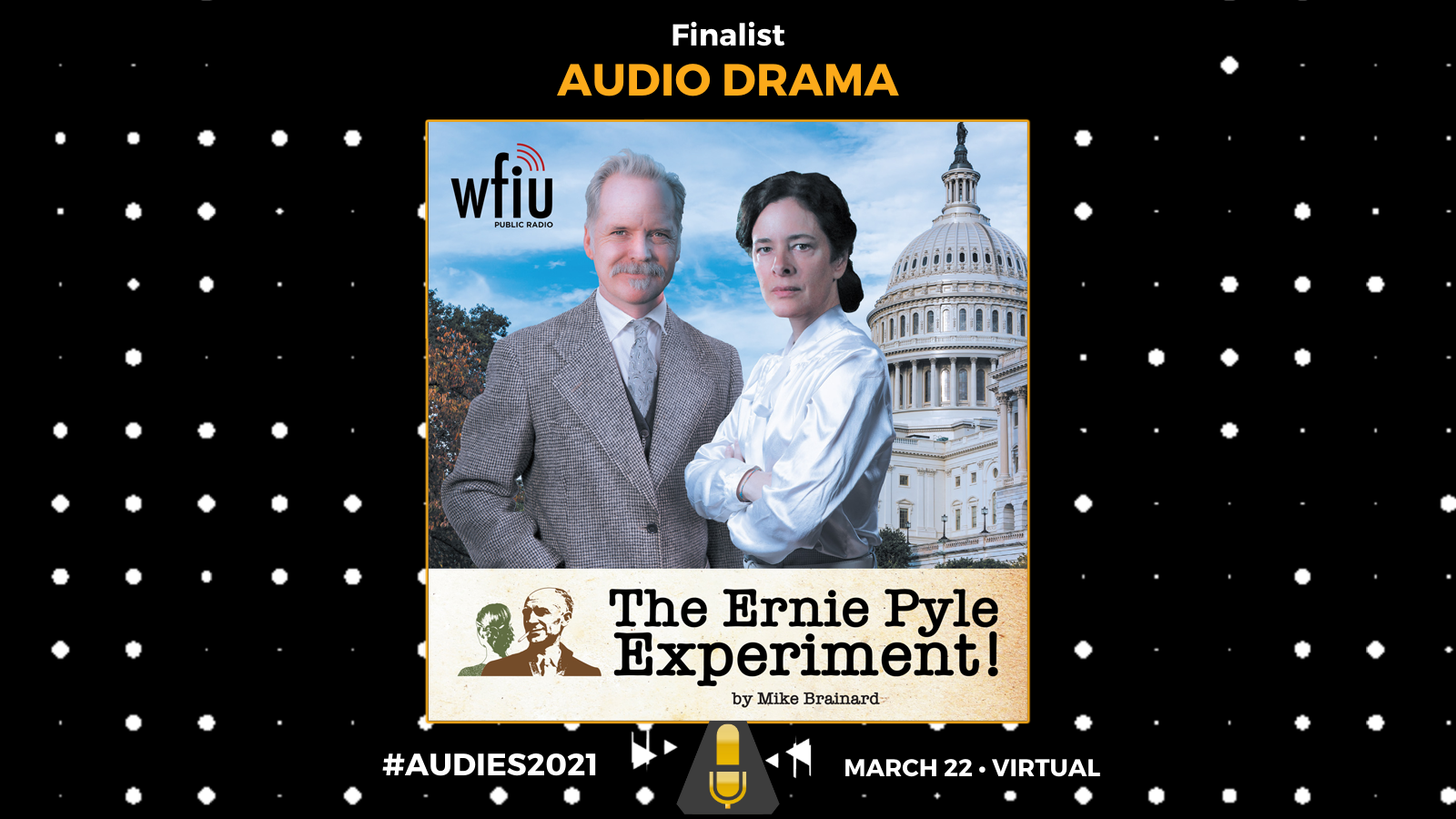 The Audio Publishers Association announced today that WFIU’s podcast The Ernie Pyle Experiment! is a finalist for an Audie Award in the Audio Drama category.

The Ernie Pyle Experiment! was released by WFIU last year. Writer, producer, and actor Michael Brainard created the 13-episode podcast series from the archives of the Ernie Pyle collection at the Lilly Library of Indiana University.

Each episode, through fact and fiction, examines the circumstances surrounding an actual Ernie Pyle column from this pre-WWII era. The podcasts are based on recently discovered wire recordings in the archives of the Smithsonian Institute that give listeners a view into the Pyles’ everyday lives on the road and what led to the creation of the column. Each episode ends with a reading of Pyle’s actual column.

The Audio Publishers Association will announce winners at the 26th annual Audie Awards virtually on March 22, 2021. The red carpet starts at 8:30 p.m. ET and the awards ceremony begins at 9:00 p.m. ET.

The Audie Awards are recognized as the most prestigious award in the audiobook industry. The awards honor the authors, narrators, and publishers who have contributed to excellence in audiobook storytelling, performance, and production, as well as the explosive growth of the medium. Learn more about the awards and the Audio Publishers Association on its website.

All episodes of The Ernie Pyle Experiment! and a complete list of cast and crew bios are available on the podcast’s website.