Best 205 Hours of Drama You Can Binge with WTIU Passport

For a lot of people, the first few weeks of staying at home were consumed by checking the news every few minutes to see the latest updates. Now, it's time for an escape. Here are more than 200 hours of PBS drama to stream on the PBS app with WTIU Passport. There's romance, war, scandal, betrayal, frock coats, English accents … these are all the essential elements of great drama.

WTIU Passport is available to any WTIU member who contributes at least $60 annually or $5 a month.

Ready to get started? Click any of the links below to sign in and start watching. Or you can check to see if you're an eligible member here, activate your account here, or give now to get access to this fantastic member benefit.

Any one of these shows is worth it. Check 'em out! 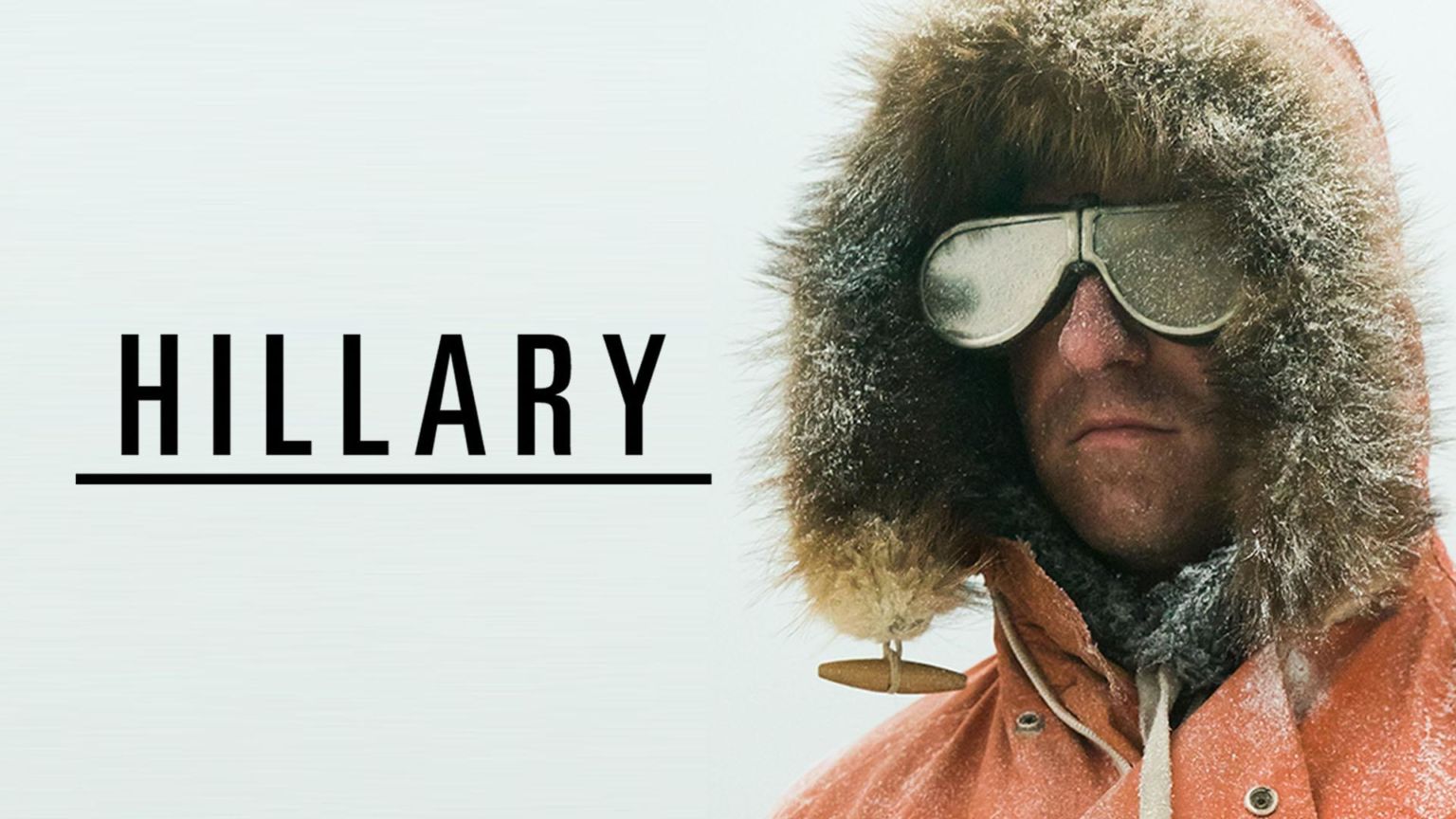 Edmund Hillary was a beekeeper. Incidentally, he also climbed Mount Everest before anyone else. This dramatization of the life of the legendary mountain climbing apiarist doesn’t treat him like a demigod. Before he triumphs, he struggles, he fails, he considers giving up. In other words, he’s real … but he still becomes extraordinary. "It is not the mountain we conquer but ourselves." 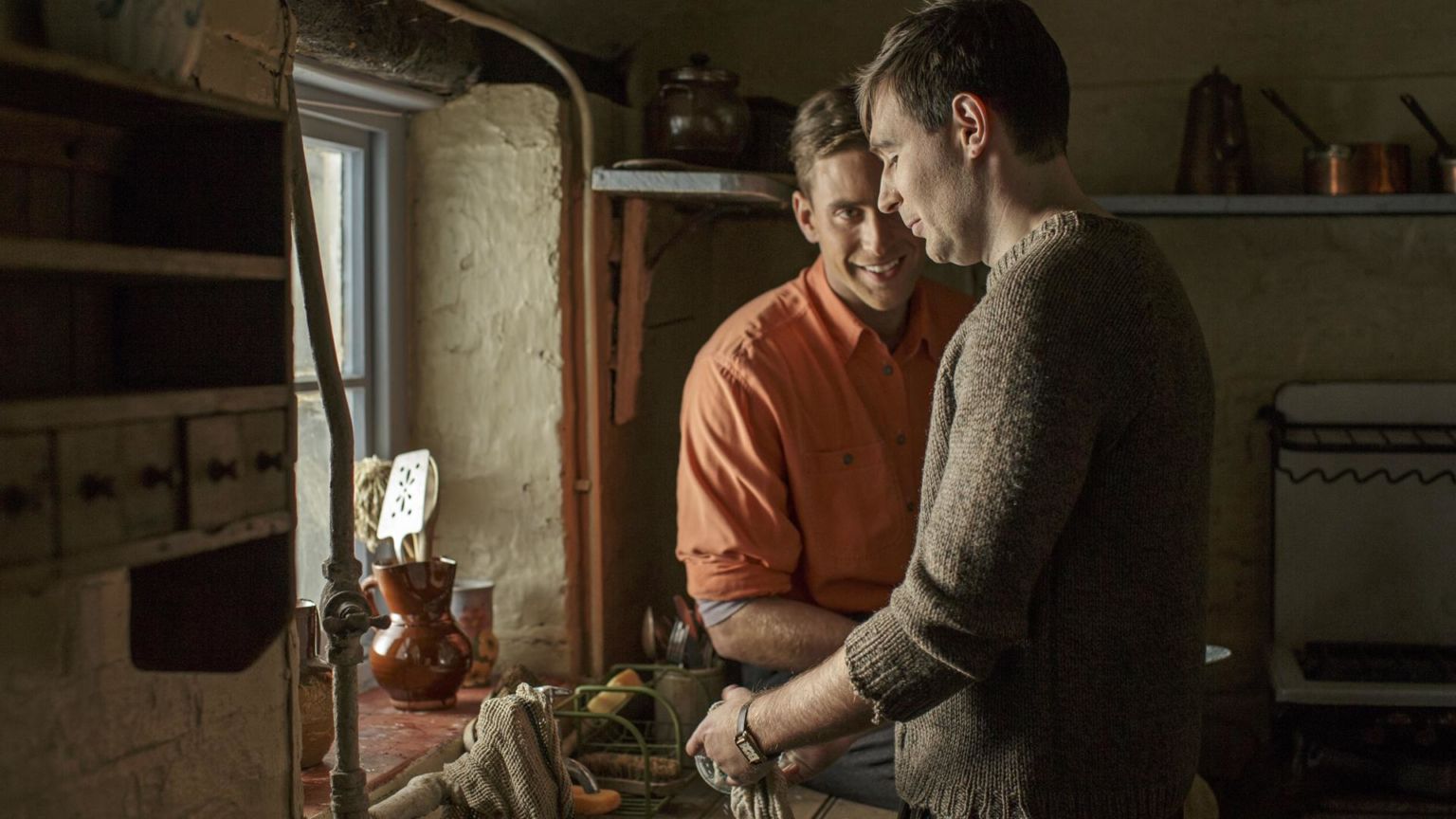 On so many levels, wow. Live the love stories of two gay men – one from World War II and one from today. The first faces a society that calls him a criminal. The other lives in a world where sex is just an app click away. But both struggle. It is romantic, painful, enlightening and maddening. But above all, it just feels so real. 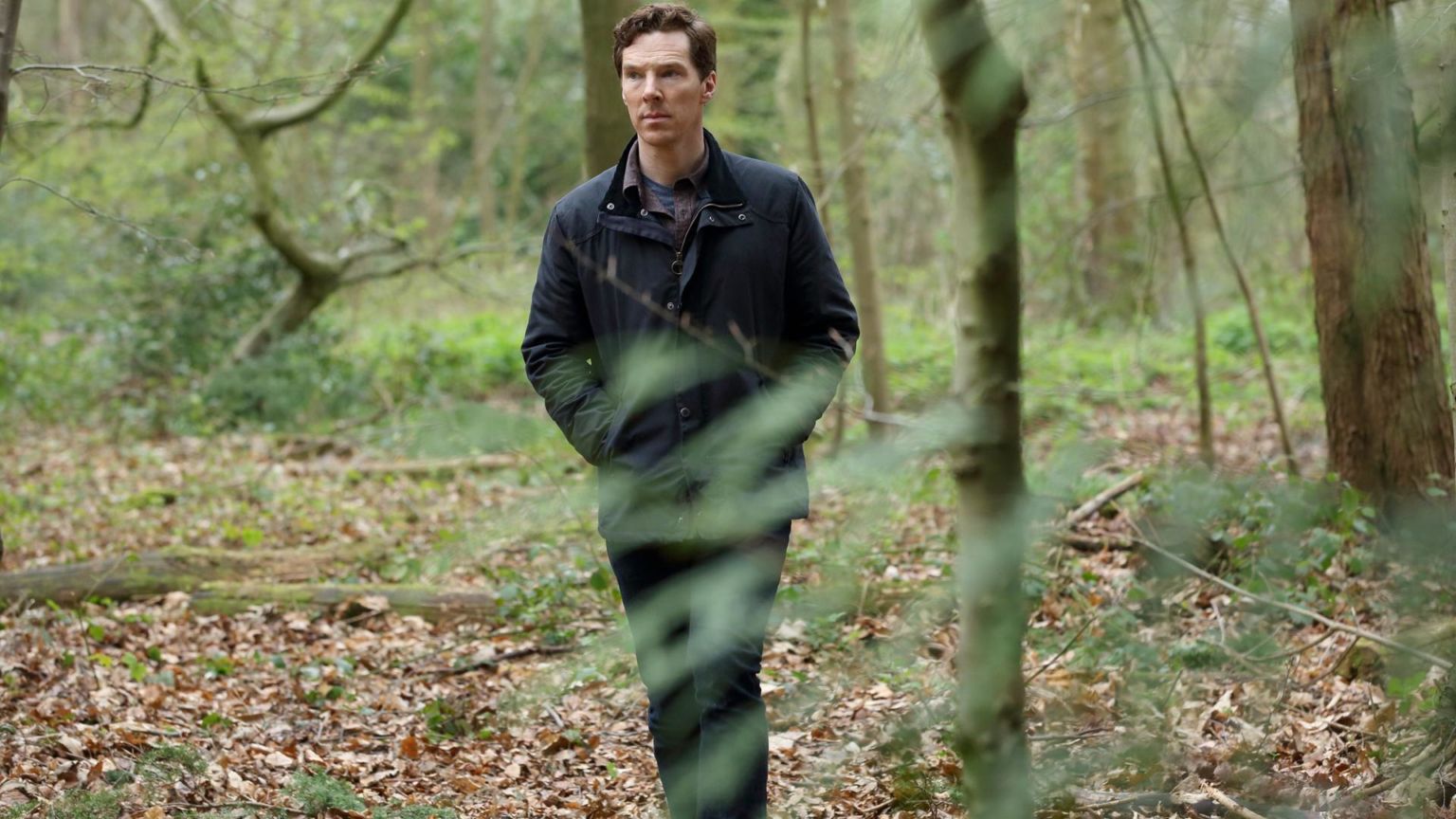 An author loses his only child. This is the first drama produced by Benedict Cumberbatch's own production studio. The story is based on a book that some consider the masterpiece of author Ian McEwan. Heads up: the story is a bit on the surreal side. But I can only imagine that surreality is very much a part of losing a child. 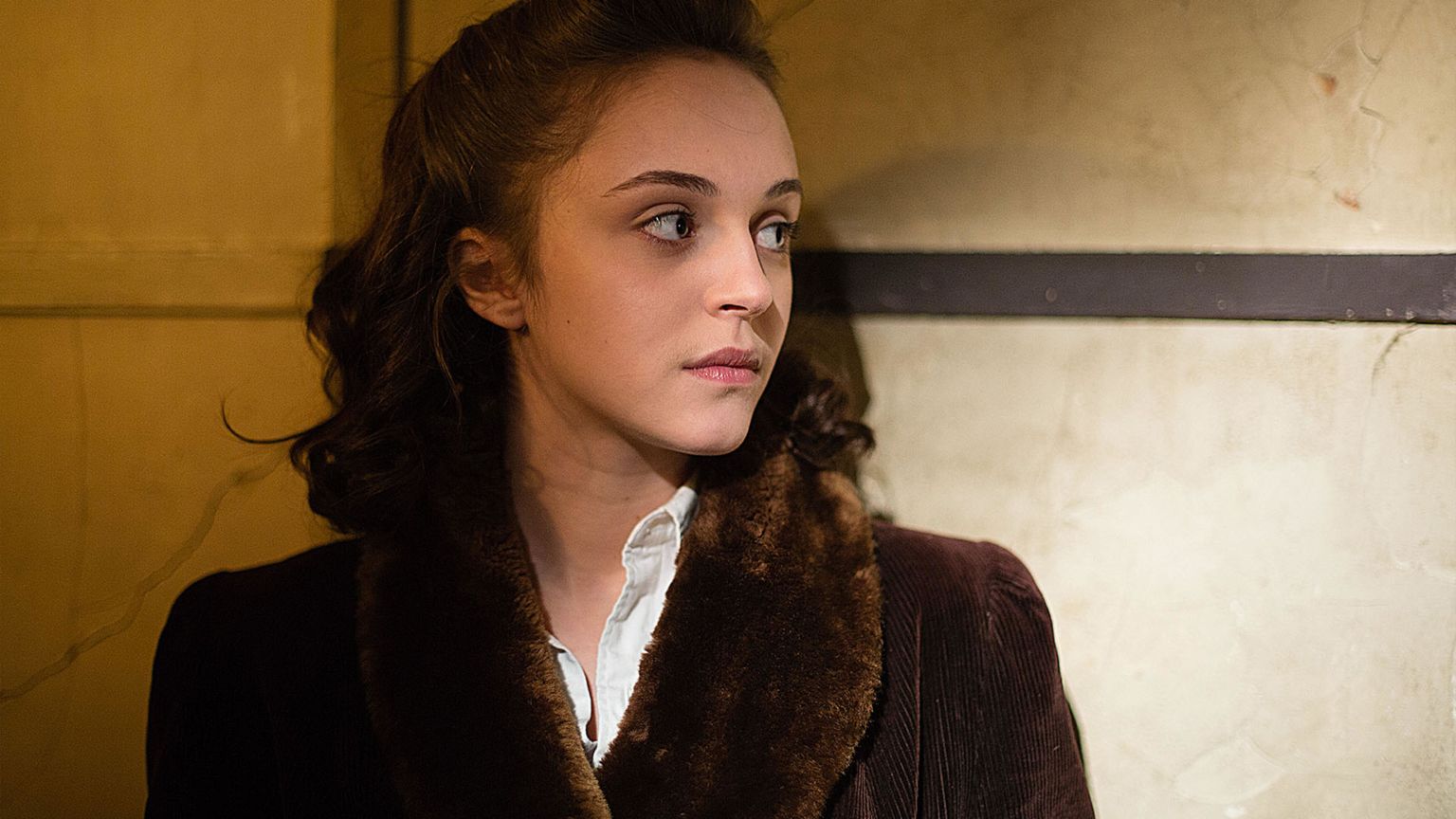 You’re a 17-year-old girl in occupied territory. There is no army to fight for you. You are outmanned and outgunned by the enemy. You have no idea who to trust. Your only weapons are a newspaper printer and a handful of stolen guns. And if you’re caught, you’ll be thrown in prison and then executed. But the enemy is the Nazis. What do you do? It’s time for a heart-stopping French drama. 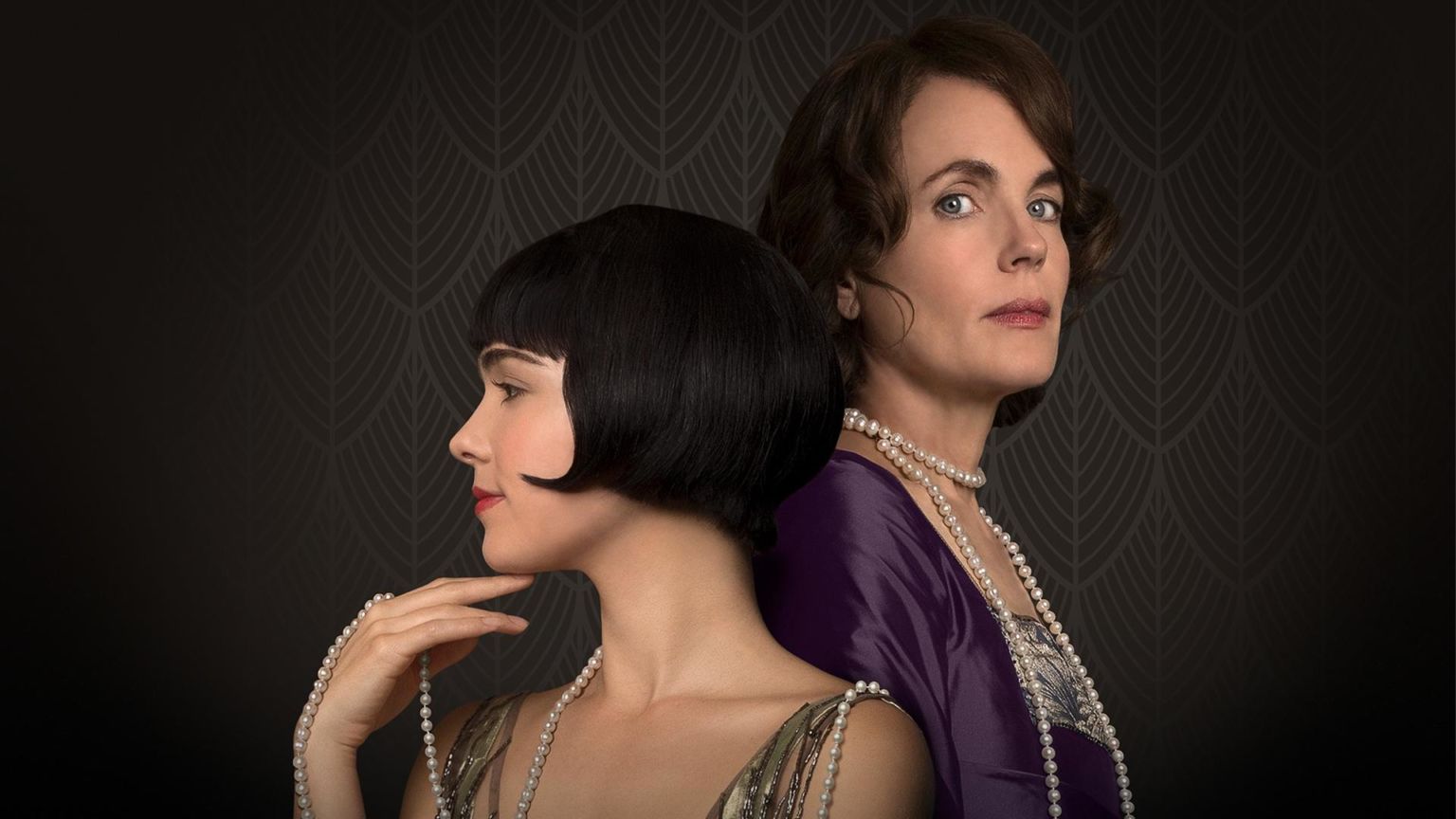 Spend the better part of two hours with your pal from Downton Abbey, Elizabeth McGovern, in a story written by the creator of Downton Abbey, Julian Fellowes. McGovern plays Norma Carlisle, who agrees to chaperone the future queen of the bob haircut, Louise Brooks, on her trip to a fancy pants modern dance school in New York. It starts off with the wacky fun of a free-spirited bon vivant on a 1920s road trip with a prudish prohibitionist. But both have demons to face, and there’s a mystery to solve. 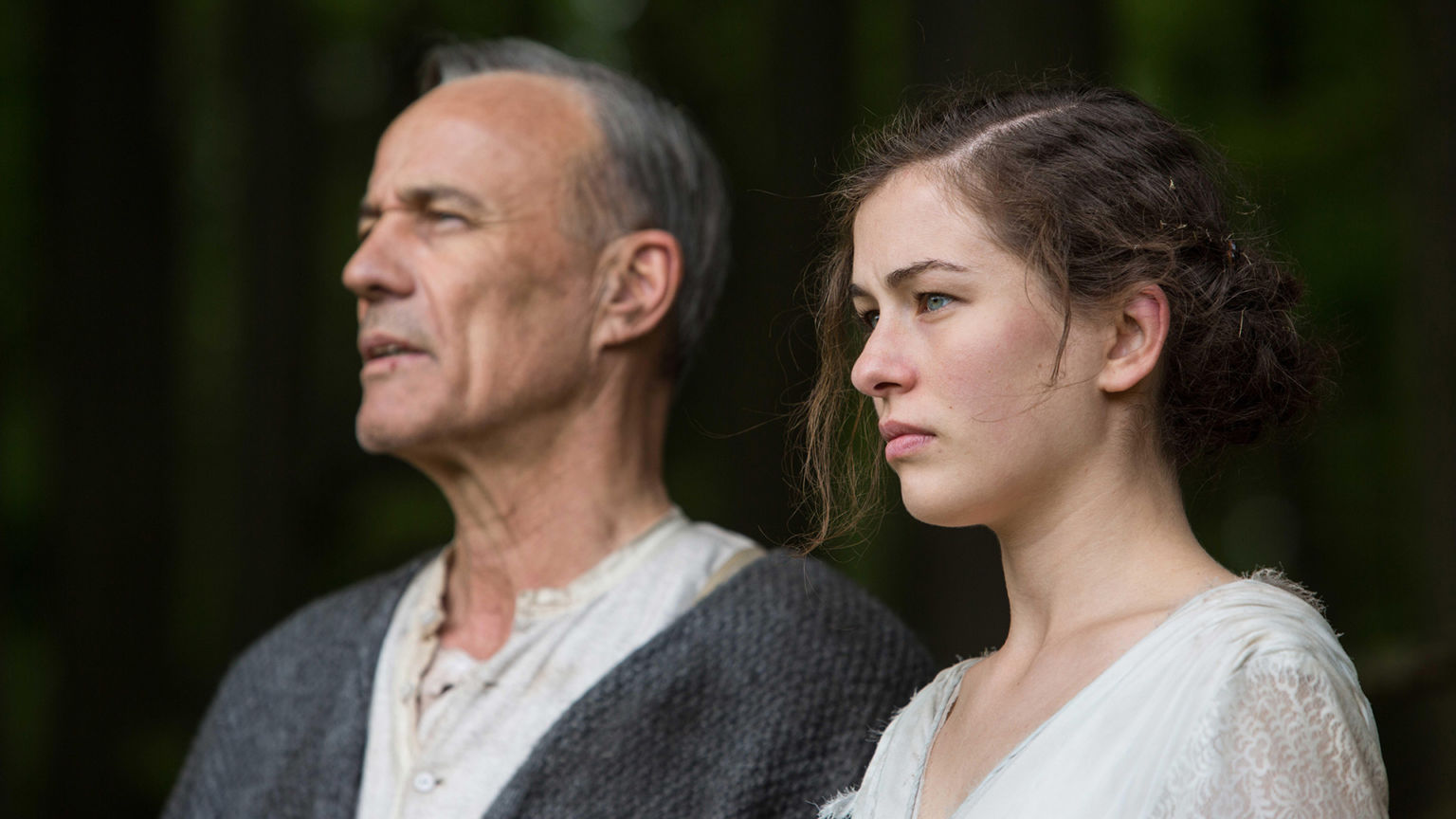 Imagine what it must have been like to have neighbors who are Nazi criminals walking freely around your village. This drama straight from Germany is set in a village right smack in the middle of the Iron Curtain. It starts in the last ten minutes of Nazi rule. Then, the Americans come in. And not long after, the Russians take over. The war might have come to an end, but the violence hasn’t. You’ll meet people who fall in love with the dream of communism, others who can’t give up on Hitler, and still others who are just trying to survive through the mess of it all. 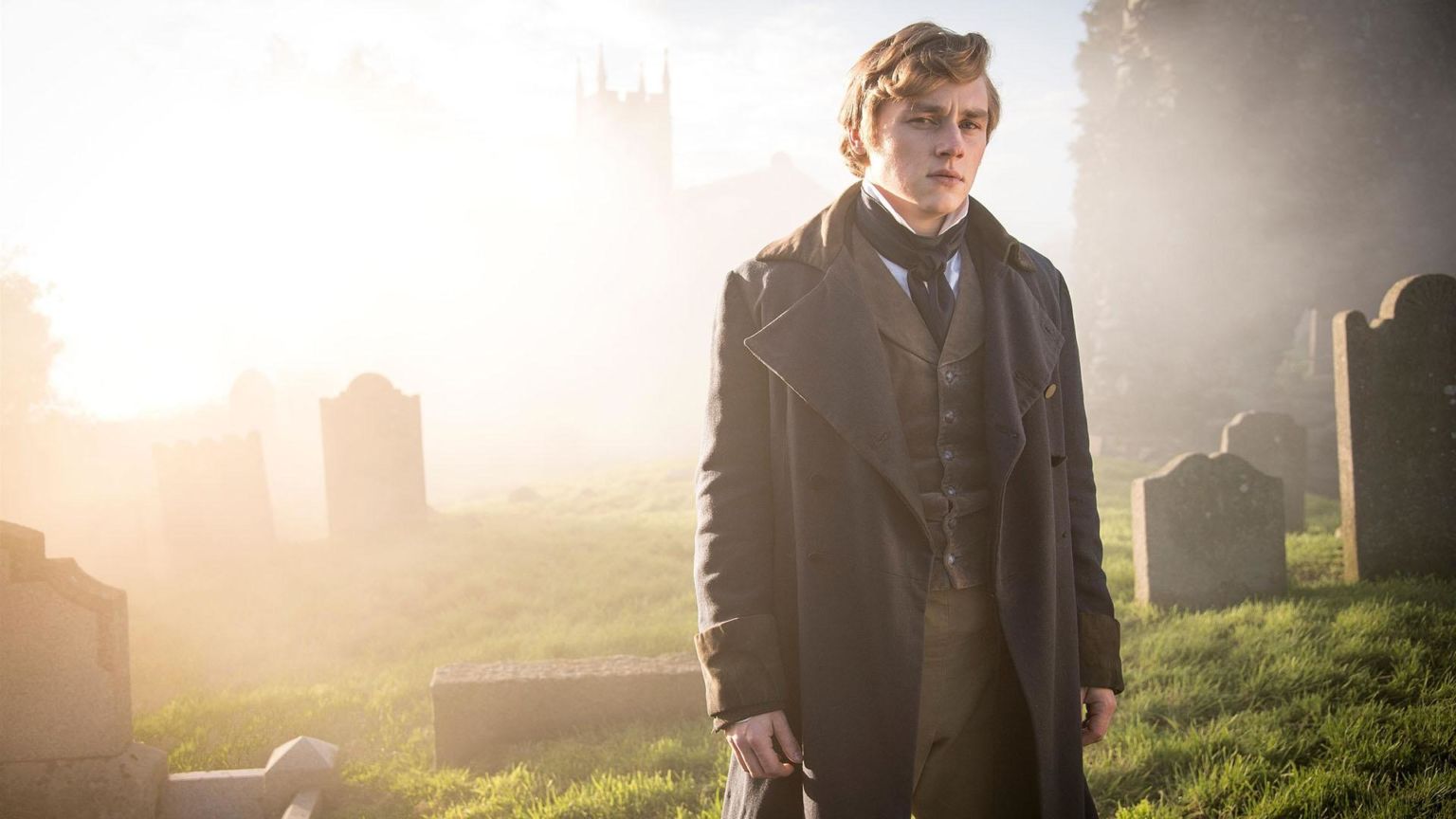 Late one night, a young artist finds a terrified woman on the road. Her words are mysterious and unsettling. Is she a ghost? Is she real? This is the first step in a dance of intrigue, insanity and injustice that plays across 19th century England. You’re going to love Marian Halcombe, a character who’s been called one “of the finest creations in all Victorian fiction.” 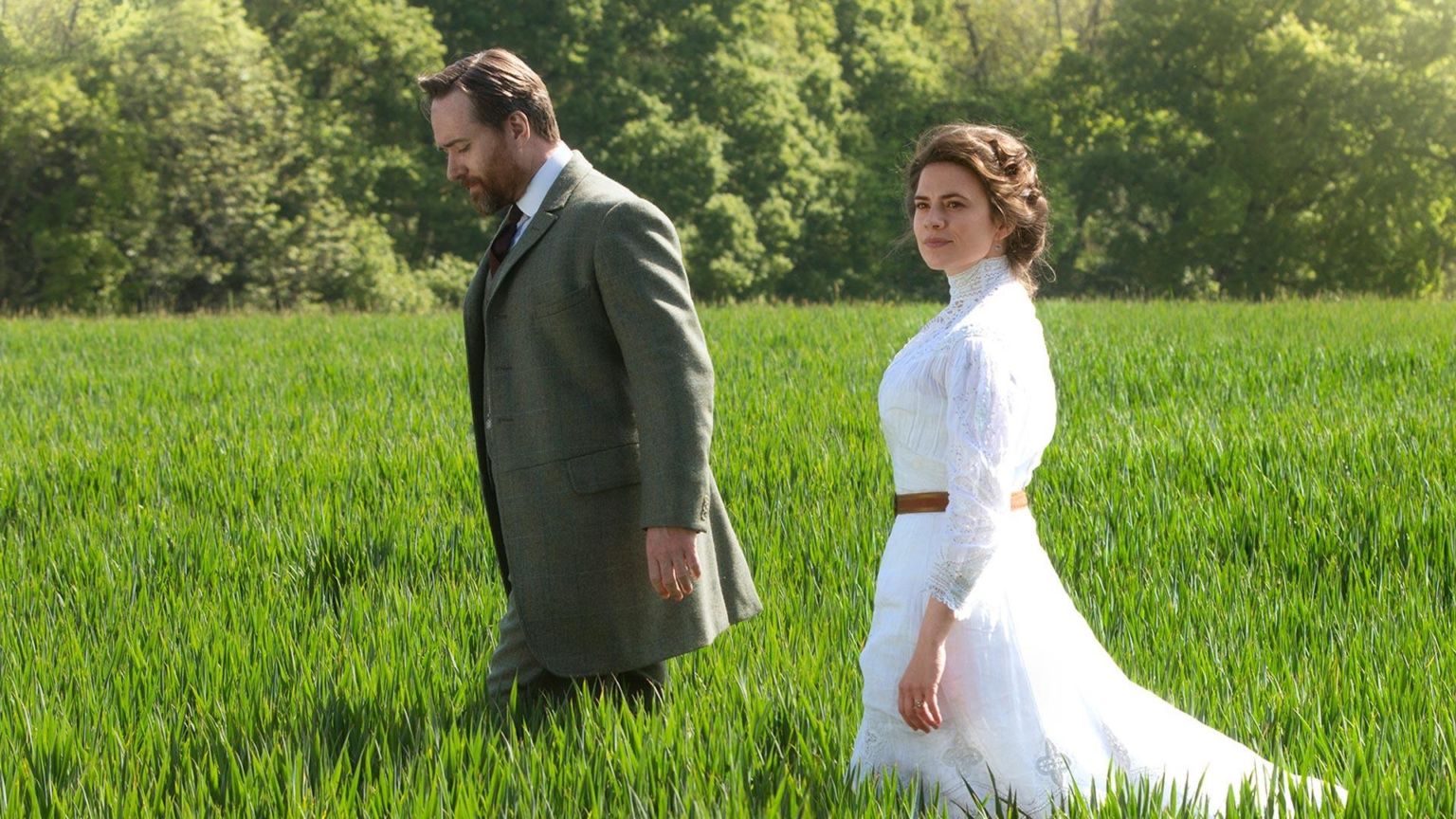 Three families in early 20th-century England become deeply intertwined all thanks to an accidentally-stolen umbrella. It stars Hayley Atwell (Agent Peggy Carter!), Matthew Macfayden (the husband of Keeley Hawes — Louisa Durrell from The Durrells in Corfu — and Tracy Ullman. I loved the banter between the old-timey capitalists and those who had the audacity to think that women deserved the same rights as men. 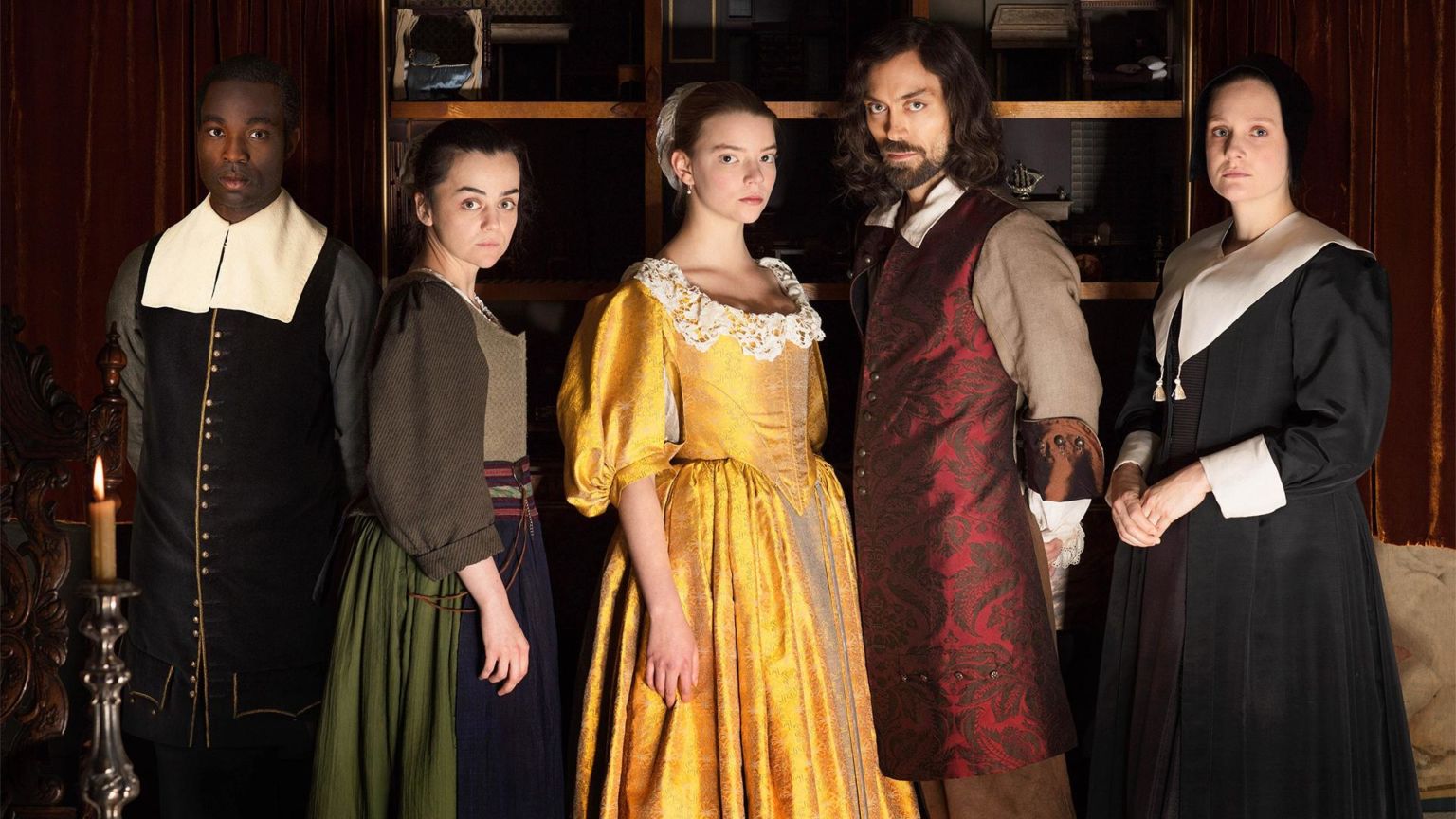 Secrets, deception, mysteries — and the only one who seems to understand it all is an unknown master craftsman. The series begins in Amsterdam 17 years after Rembrandt died, but his ghost definitely haunts the look of every scene. Good luck figuring this one out. Trust no one, Mrs. Oortman. 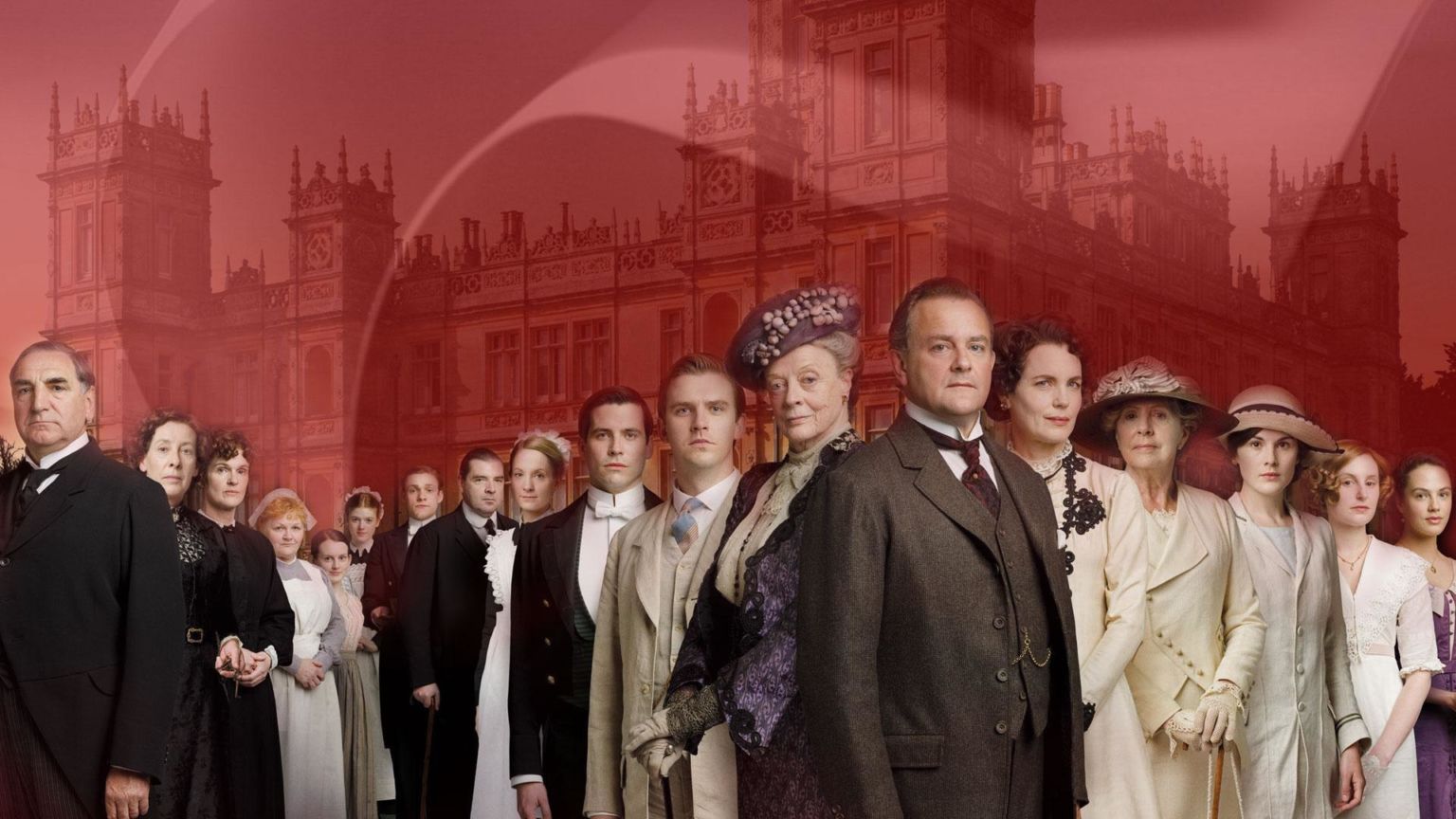 At this point, if you need me to explain what Downton Abbey is, well … just click on the show. Downton is leaving Passport at the end of June, so the time to catch up (or re-watch) the series that rocked the world is now. 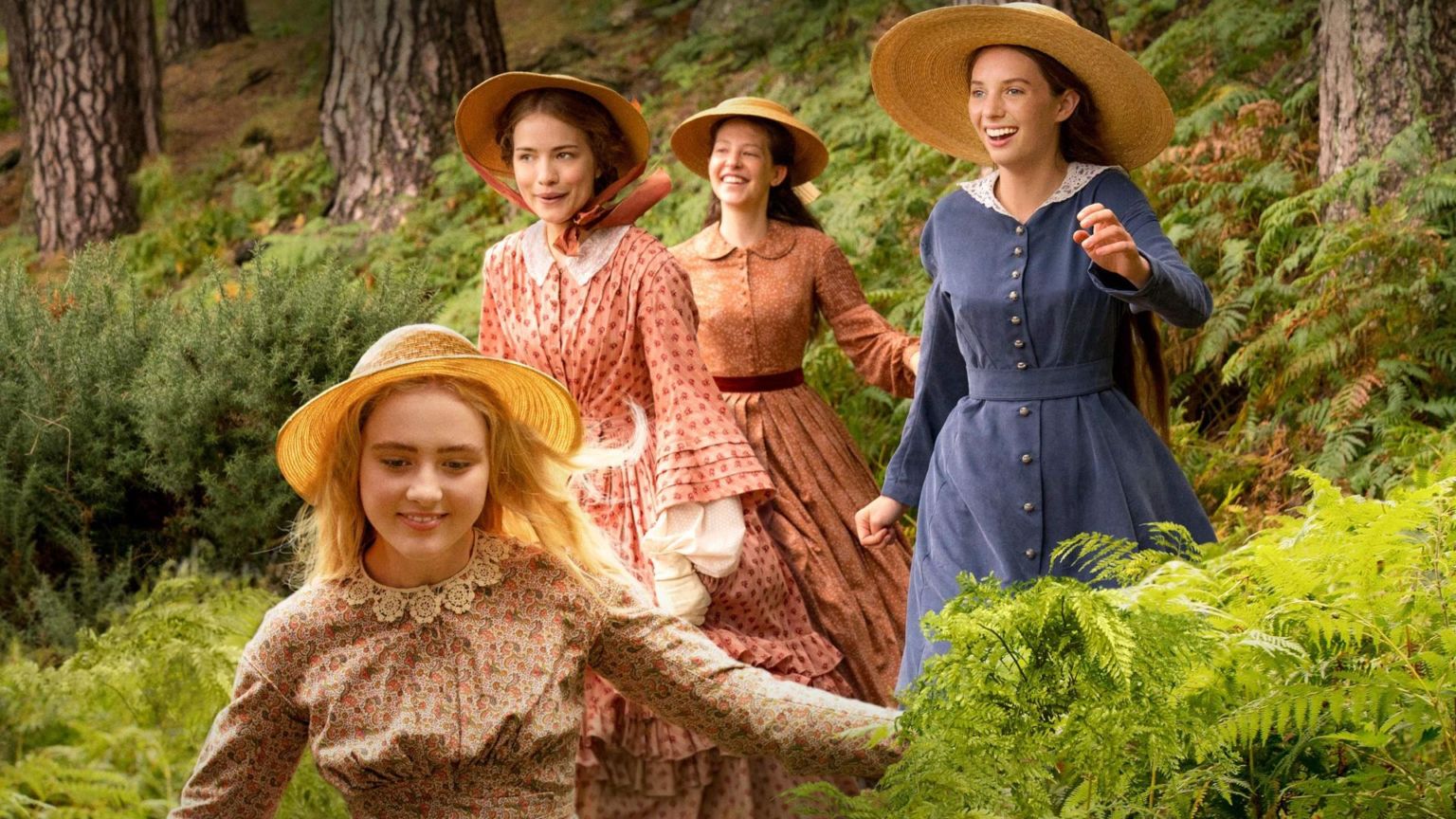 This adaptation of the classic American novel was written by Heidi Thomas, the creator of a little show called Call the Midwife. The one-and-only Angela Lansbury proves being 92 years old is no excuse for not being amazingly awesome. 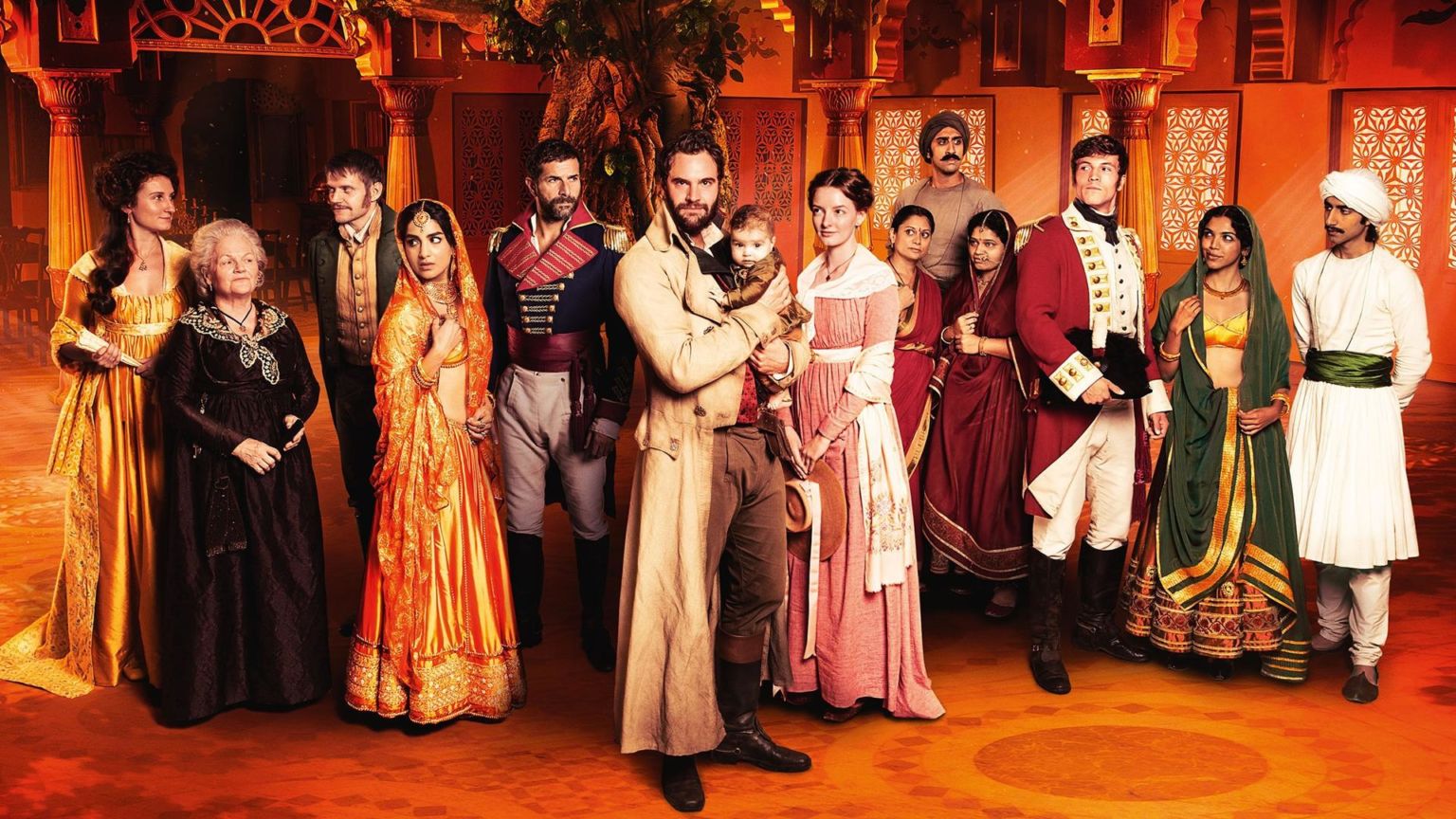 Believe it or not, there are a few fans of British drama in our audience. This one is set in Delhi in the 1800s – before the British were the only ones around with guns. Unlike all those sensible Brits, John Beecham isn’t a fan of subjugating innocent people for profit. Can you imagine!? The ever-amazing Lesley Nicol (Downton Abbey) plays Beecham’s mother, who is so fed up with life in India that she renames all of the servants with proper English names. Plus he’ll have to navigate a semi-secret son, an untrusting emperor, a nefarious French general, his past with the East India Company, a ne’er do-well brother and all manner of gorgeous female suitors.

Confession: I have neither seen the musical nor read the book, so I didn’t know what to expect. I got so sucked into this epic story of good and evil that I spent considerable energy trying to figure out how I could reach into my screen and shake, slap and/or hug Jean Valjean, Inspector Javert, Fantine and Marius. If you’ve only seen the musical and think you know the story… I have news for you. And if you need someone to talk to after the teeth scene, I’m here for you.

6. The Durrells in Corfu 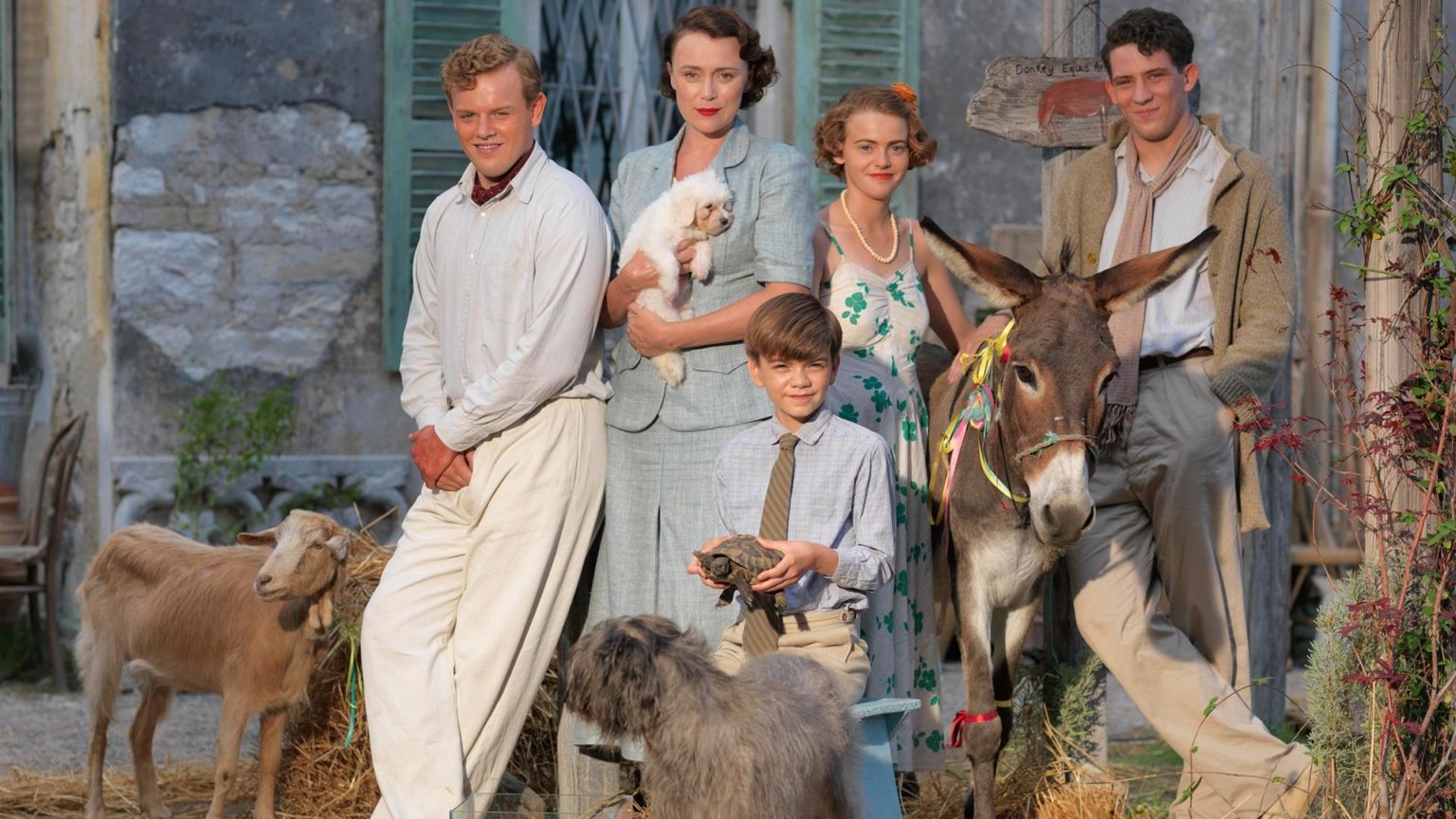 Public television’s quirkiest family is back for one last round of awkward love stories and wacky misadventures in the land of blue waters and eternal sunshine. Will Louisa and Spiro ever find a way to be together? Will Margo finally find a decent man who likes her kind of crazy? Will Gerry bring even more animals into the house? All will be revealed. And if you can’t get enough of this family, order yourself a copy of the book, My Family and Other Animals. It’s the real-life Gerald Durrell’s account of his time in Corfu. I’m reading it now and it’s a hoot. 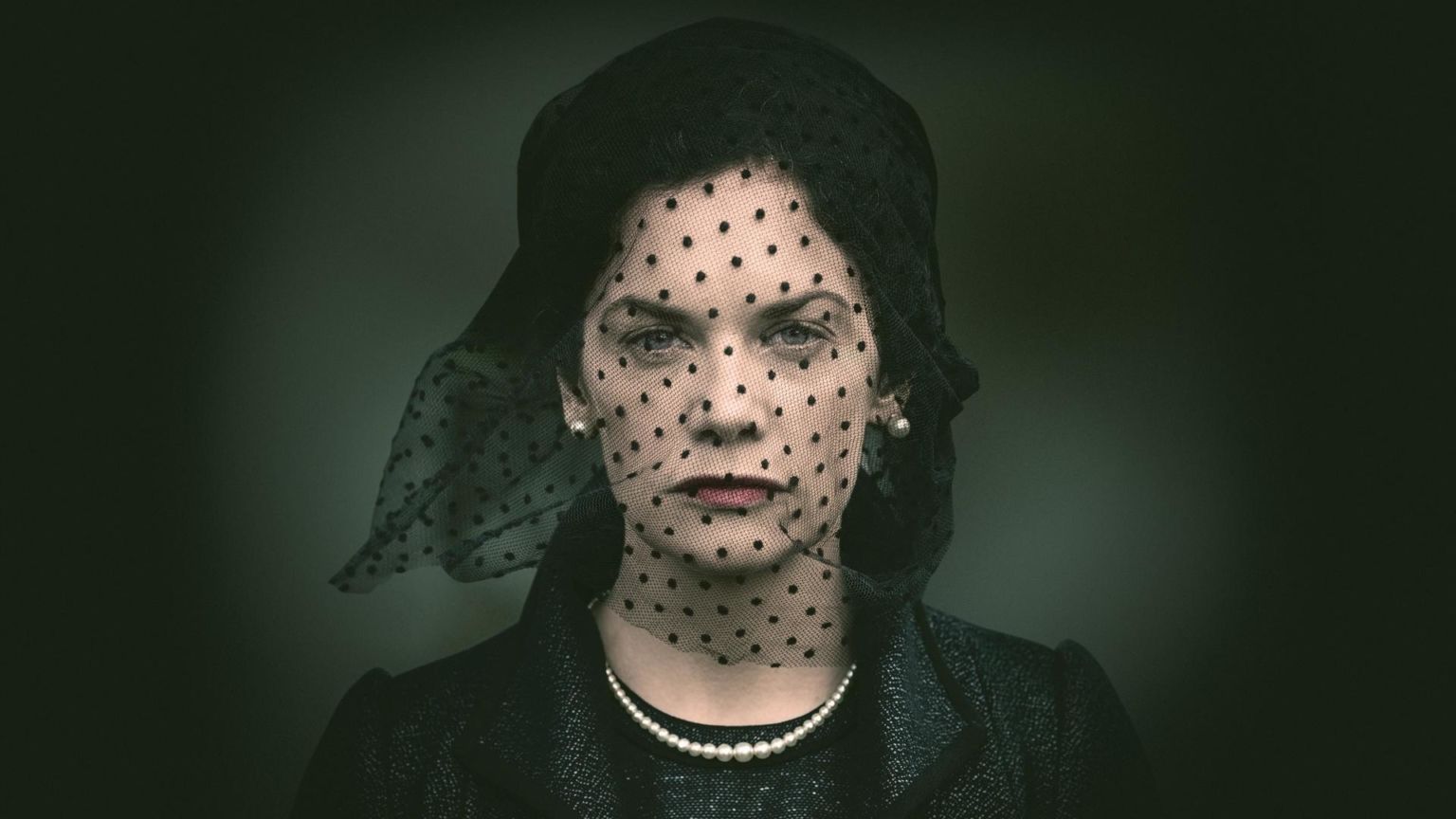 Alison Wilson discovers Alec, her husband of 20 years, dead of a heart attack. As she’s reeling from her loss, there’s a knock at the door. It’s a woman who introduces herself as Alec’s wife. Spoiler alert: this does not go over well. Mrs. (Alison) Wilson embarks on a mission to uncover the truth, leading to a story of World War II espionage and deceit that one might think were implausible… if it weren’t based on the real life of the grandmother of Ruth Wilson, the star of this three-part series. 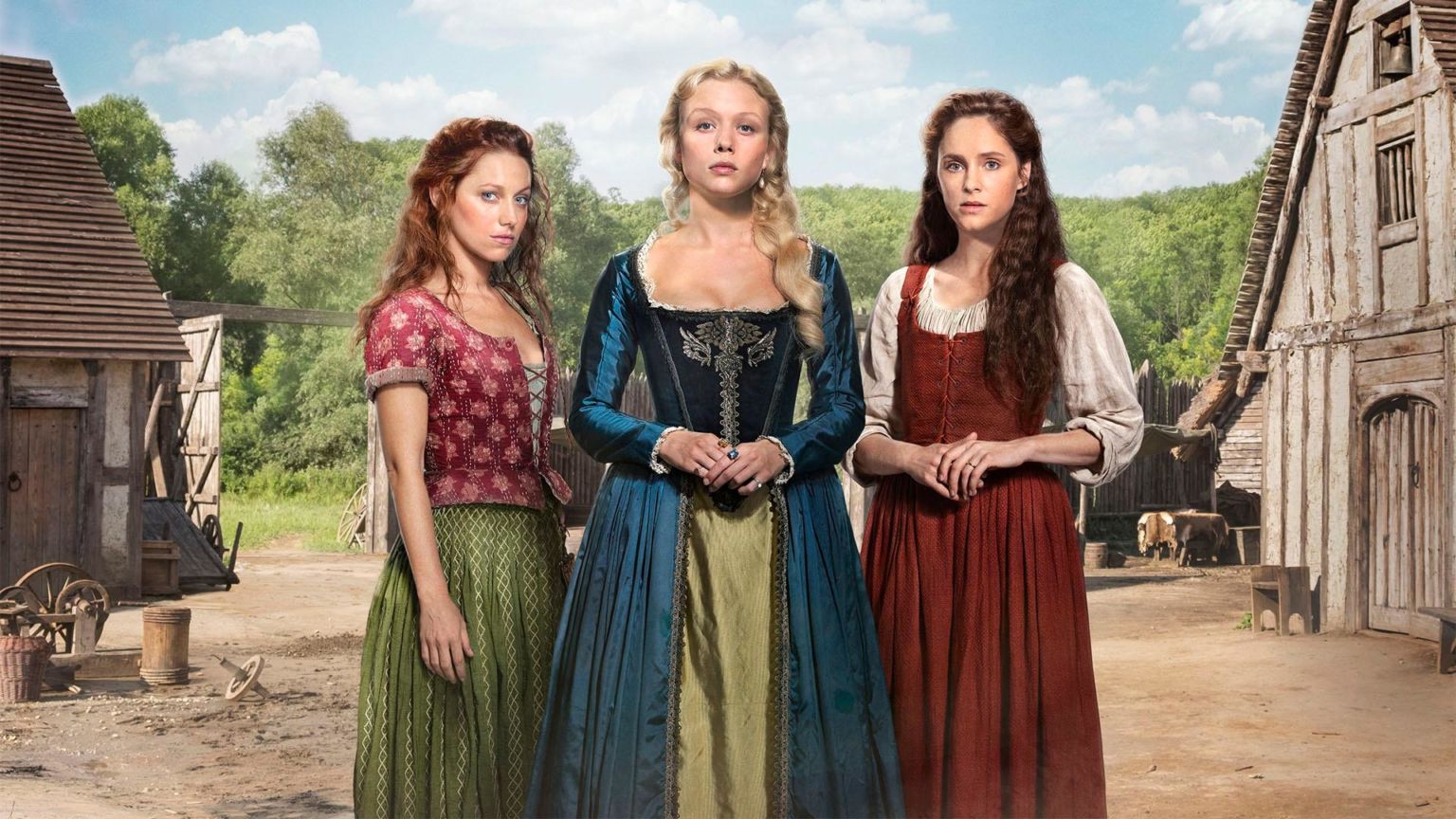 “I will have his head on a spike.” If that quote is your kind of television, it’s time to start watching Jamestown. Season three is here and it’s bloodier, more scandalous and more conspiracy-y than ever. Silas has become a “blasphemer” (he’s joined the local Native American tribe), Jocelyn continues to be more clever than anyone and if you thought Governor Yeardley was a self-righteous monster before… well, you’re in for a wild ride. 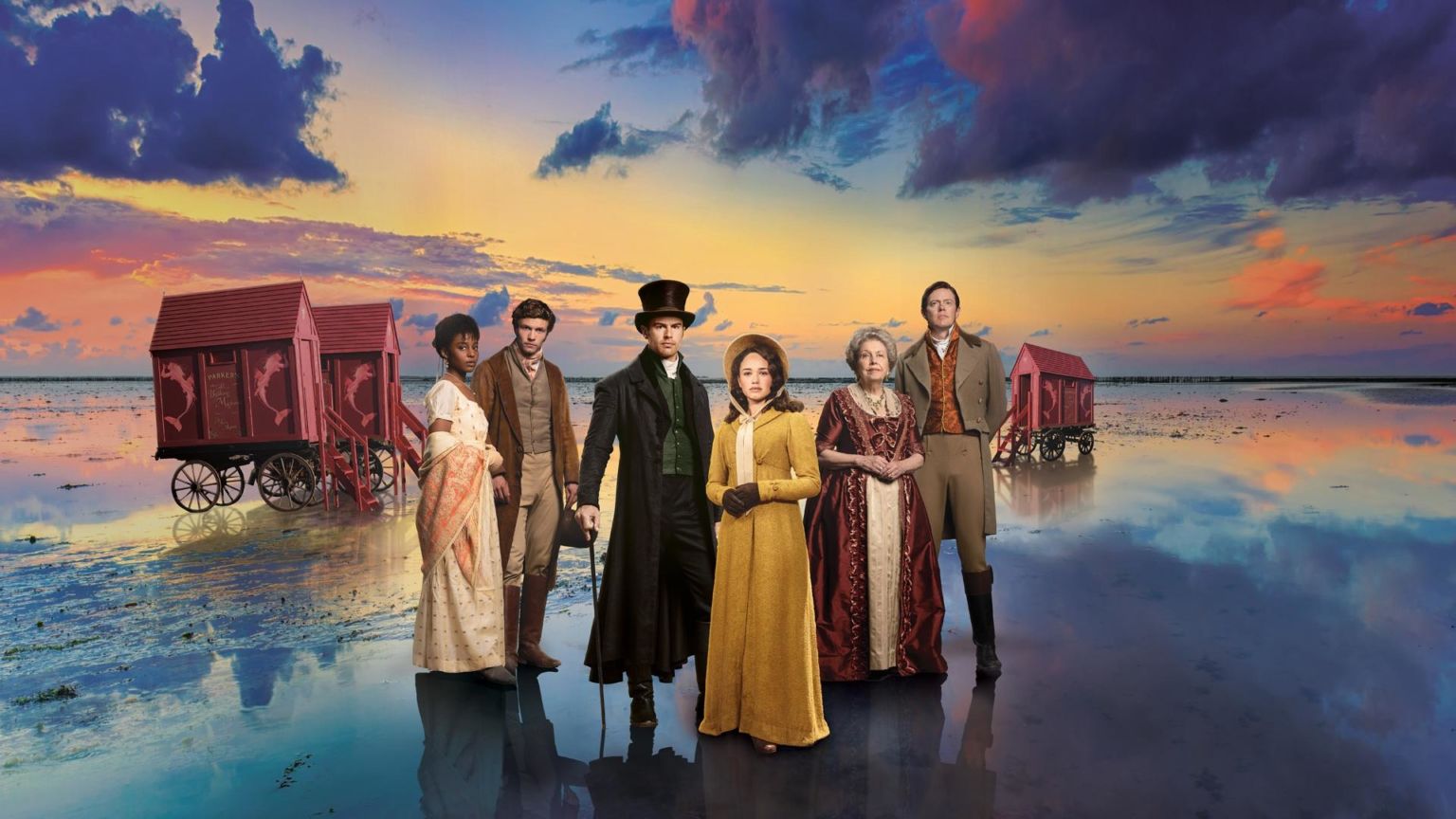 If I had one word to describe this story, it would be “licentious.” There’s swooning over a man of mystery, a cranky old lady who says WHATEVER she wants to people, a beautiful woman who just wants to be a decent person and other beautiful people who have zero interest in decency. This is shaping up to be the most popular drama we’ve ever had on Passport. Second favorite line: “It seems I had underestimated the boundless depths of your venality.” Favorite line: “And then, he has the effrontery to handle my pineapple!” 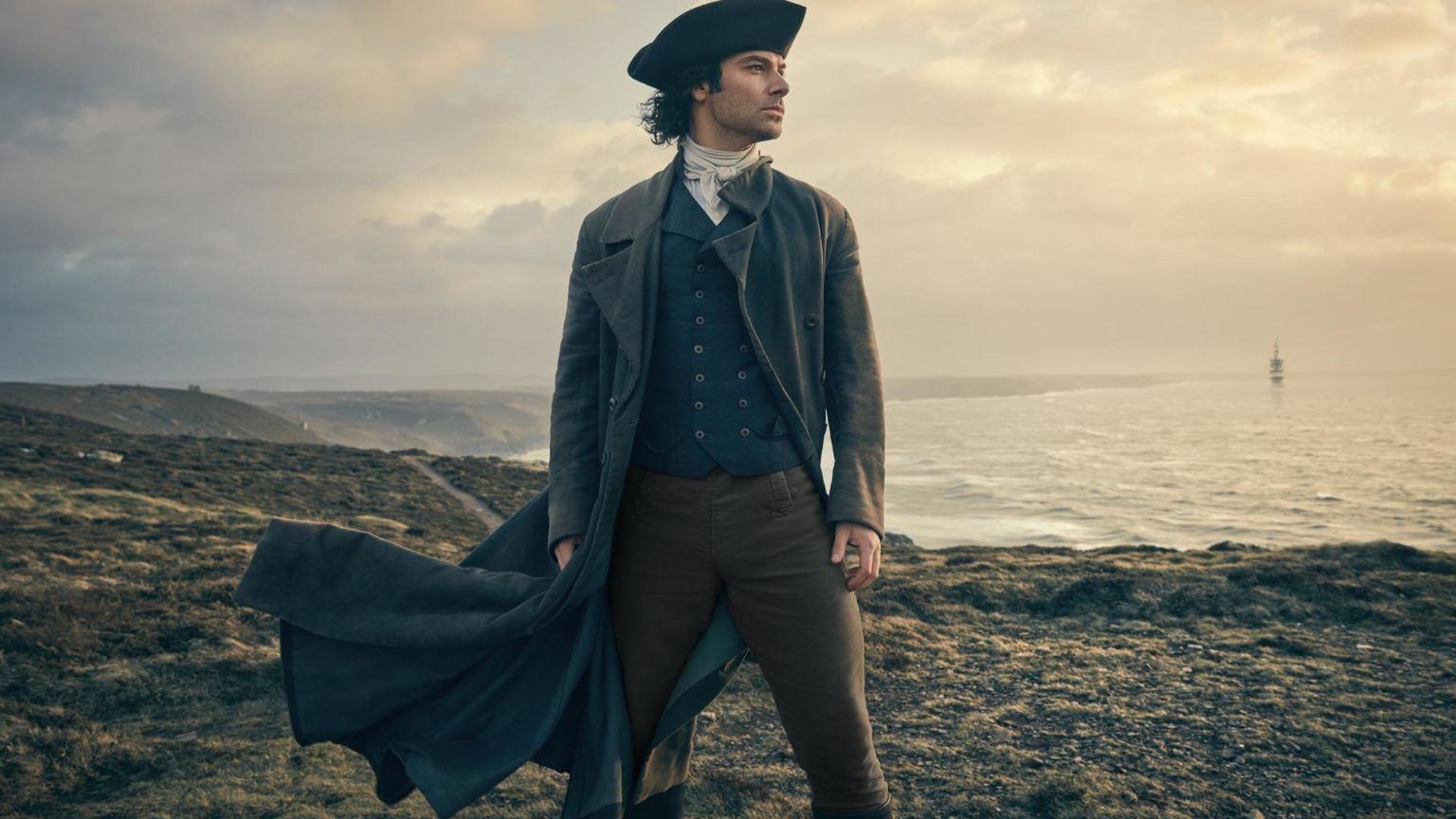 This is the first year since 2015 that the delicate locks of Ross Poldark shall not blow majestically in the wind as his captivating eyes stare over the edge of the cliffs of Cornwall. But what an end it is: the battles against injustice, the tyranny of madness, the swashing of buckles and the love that burns with a brightness matched in intensity only by the blackness of the villains’ hearts. If you’ve never watched this series, there are five seasons of adventure waiting for you. Don your tricorn, mount your horse and powder your flintlock … it’s time for Poldark! 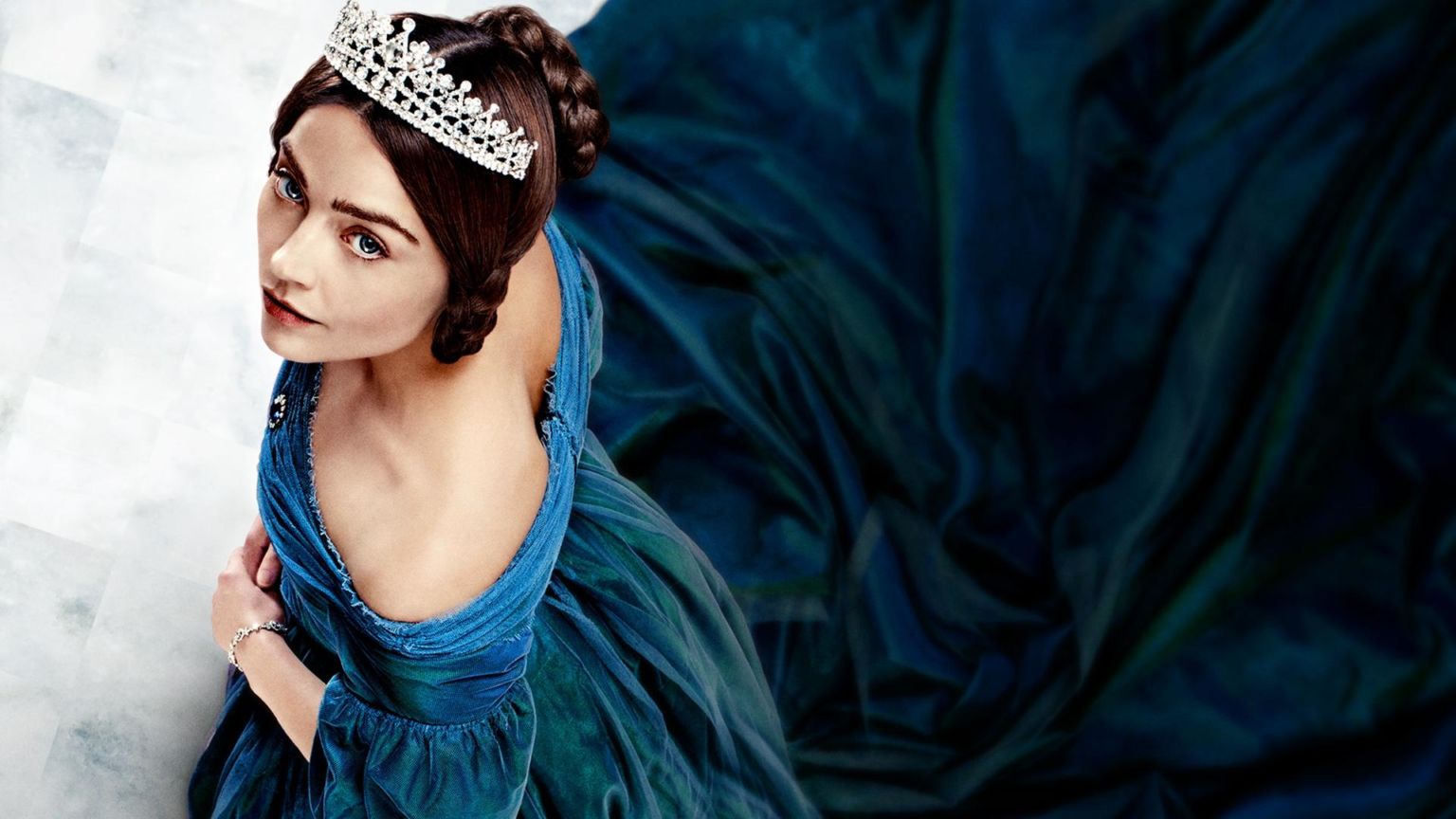 Of course, the queen sits at the top. Where else would she sit? In the most recent season, Queen Victoria deals with protesters who are demanding crazy things like equal rights. The nerve! Actually, the queen is ahead of her time and is generally opposed to shooting them down in the streets. But will she win the battle with the mansplainers that surround her? If you’ve never jumped into this drama, we have three seasons of costumes and drama fit for, well… a queen. Two fun facts: 1) Francatelli was a real chef and you can still buy his cookbook! 2) Thanks to the real Queen Victoria, the white wedding dress has been on trend for 180 years and counting. That’s power. 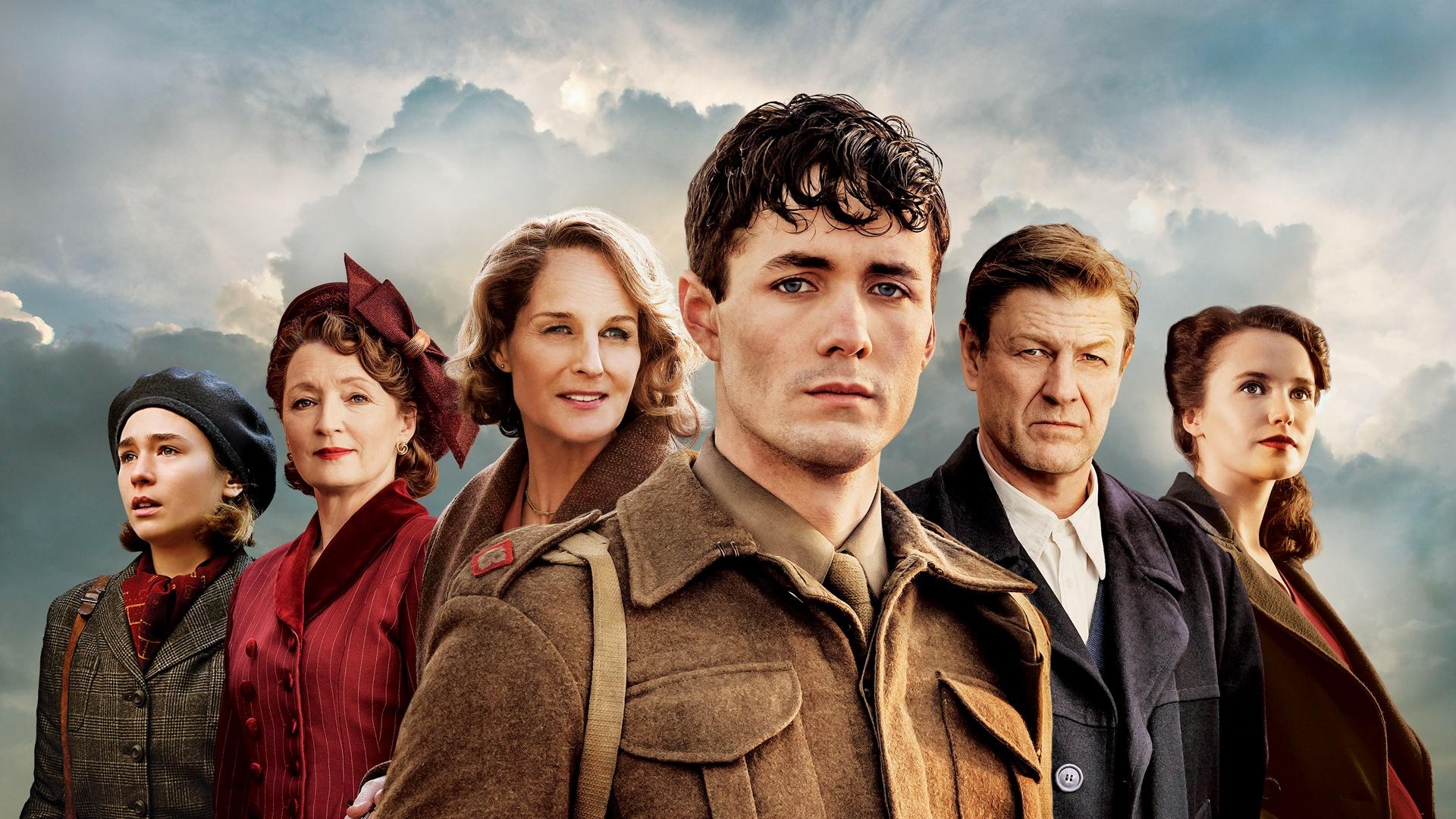 It recently premiered in April, but you can watch the whole season now with WTIU Passport. “The Nazi party is a master of illusion. And the greatest illusion of all is that they are seriously negotiating for peace.” Follow Nancy (Helen Hunt) as she desperately tries to convince the world that the Nazis aren’t really looking for peace. Douglas (Sean Bean) hopes that pacifism is the answer. Harry tries to do the right thing, but he’s in love with two women and his mother seems to fancy Nazis. Grzegorz does whatever he can to hold out in Poland until the British rescue them. Webster thinks he’ll be safe in Paris with his love Albert. And I’m a sucker for a jazz singer in a smoke-filled room with an old-timey mic, so I’m on Team Lois.