Steve Henn teaches high school English in northern Indiana. He’s the author of several books including Guilty Prayer, Indiana Noble Sad Man of the Year, and his most recent chapbook, American Male, published by Main Street Rag in February 2022. Steve's the proud father of his children with the late American artist Lydia Henn. He loves crab cakes, playing records, and he gives poetry readings in all kinds of places.

Welcome to the Poets Weave. I’m Romayne Rubinas Dorsey. Steve joins us long distance from his classroom. Welcome, Steve. What have you brought for us today?

Loss or One for Josh Wildman

Most of the big moments

are moments of loss. A father

dies. A child is penalized.

In my senior year we went

to penalty kicks in the quarterfinals

against the Blue Blazers. Coach

named me an unlikely addition

to the first five, for

in practices I nailed lower left

side netting goal after goal precisely,

In the real PKs I booted and

the ball sailed between the field

goal posts above and beyond the

soccer goal. There it vanished.

dying in flight. Before I kicked

a teammate interrupted my lone walk

from midfield to the spot, getting

in my face to say whatever you do,

don’t kick it over. And so I never tell

this story without including him.

This is the way of loss. Of failure.

It helps to have someone to blame.

How in God’s Holy Name is

This Boy Ever Going to Survive?

I am training myself not to

panic at the sight of bumblebees.

One came curious at the odor

of my gas station fountain Coke.

It tensed me, anxious, here in the back

yard, but I didn’t bolt.

I’d call this a victory but how dumb.

How maladapted I am to the most natural

occurrences. Can they even sting?

I don’t even know. Stupid.

One chased me around the house

when I was a child. Real memory.

Can’t remember why. Maybe my hands

were sticky with popsicle.

It was always popsicle time in the 80s. Always

time to bike up to the Kroger for an “off-brand”

Big K pop. Once, a friend and I walked home

A dog that chased us through the cemetery;

teenagers in the woods,

one of whom grabbed me by the biceps

and shouted what are you doing here?!

in my face. Earlier, in my first-ever visit

to the Boys Club, I’d had a basketball

thrown at my face with that old

“think fast” maneuver. Then I cried,

which undercut any possibility of

in that vast Lord of the Flies gene pool

popping bubblegum loudly in a near barren

side room called “the office.” That’s about all

it took. Entering the back porch door

through the screened in porch to the tv room

I burst into tears, my dad immediately (so

it seems in memory) incredulous with anger.

That can’t be it! He shouted – shouted,

as I blubbered through an explanation

that failed to capture how afraid I’d gotten,

That can’t be all that happened! he persisted

(voice cracking) to my terrifying weakness.

Because he is paying the mortgage

he is allowed to walk around inside

his house in only a t shirt and boxers

When they reach the height of the handle

his young must be trained to push

Never speak of the era in which

Lightning can’t strike you while

observing the spectacle of a thunderstorm

from the front porch

if you’re next to a dad

Avoid even bringing up

There are many balls in the backyard

and he will show you how to throw

No, you may not shoot

the BB gun at aluminum cans

for the BBs are travelling

all the way across the yard

about the book he’s reading

sitting in his camper chair

but you never do

a place about a mile away if

you do a good job cleaning

He refuses to feel ashamed

driving the minivan. He quit

down find him pleasant

He leaves the outside lights on

when the teens aren’t yet home

He is always keeping watch

His phone is always right next to him

The Spirit Moving Through Me

I could never live here my brother

said, inviting me into a pastel rental

among pastel rentals backed up on

from Lake Michigan. I said

from Lake Michigan. It’s a diff-

erent breed of person he claimed,

and it’s true my brother and I don’t

come from money, from ease.

Everything, to him, has been a

competition, usually with himself, as

they say of golf. He wanted retirement

basketball court in his basement

and dug it out, laid it in, the house temp-

orarily quivering on stilts. No one

engineers the perfect life. He bore the death

of his wife from cancer, shakey-

voicing the eulogy. I looked about

the church he attends 3 hours away—

all Catholic churches labor to set

the same scene – and I almost

remembered when I was so young

that I found the mystery of the stained

glass and the faint odor of incense

comforting. But it has been very long

since that God puzzled over us.

Once, in 3rd grade, I sang so loudly

at mass after my best friend moved

away that our teacher touched me

on the shoulder, said, Stephen, 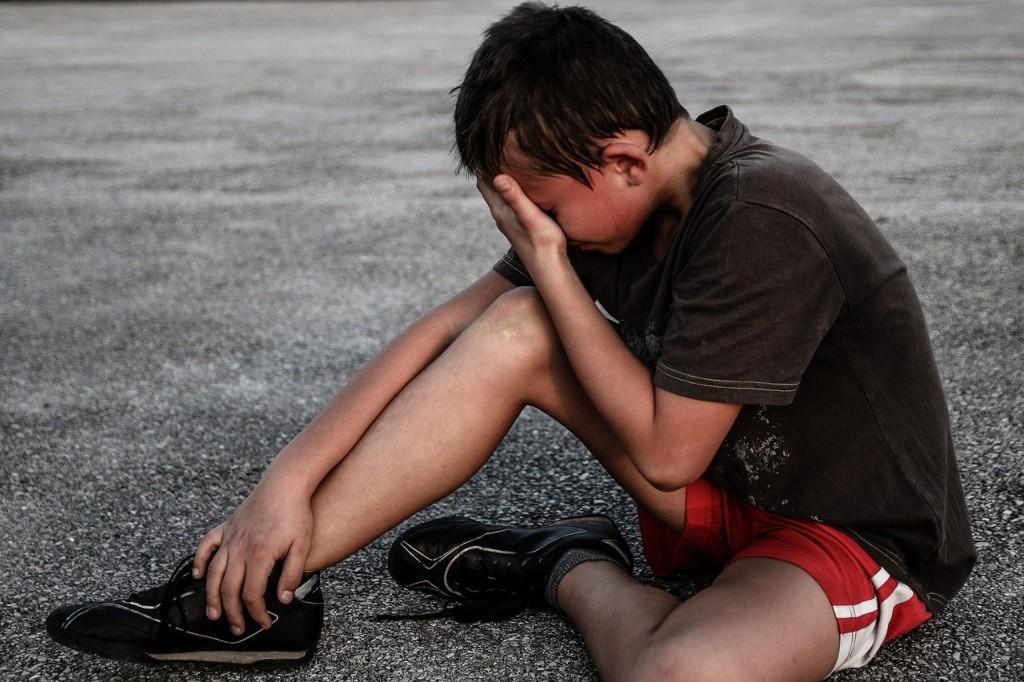 Steve Henn teaches high school English in northern Indiana. He’s the author of several books including Guilty Prayer, Indiana Noble Sad Man of the Year, and his most recent chapbook, American Male, published by Main Street Rag in February 2022. Steve's the proud father of his children with the late American artist Lydia Henn. He loves crab cakes, playing records, and he gives poetry readings in all kinds of places.

Steve reads his poems from his book American Male: "Loss or One for Josh Wildman," "How in God’s Holy Name is This Boy Ever Going to Survive?," "The Dad Rules," "The Spirit Moving Through Me."

About The Poets Weave