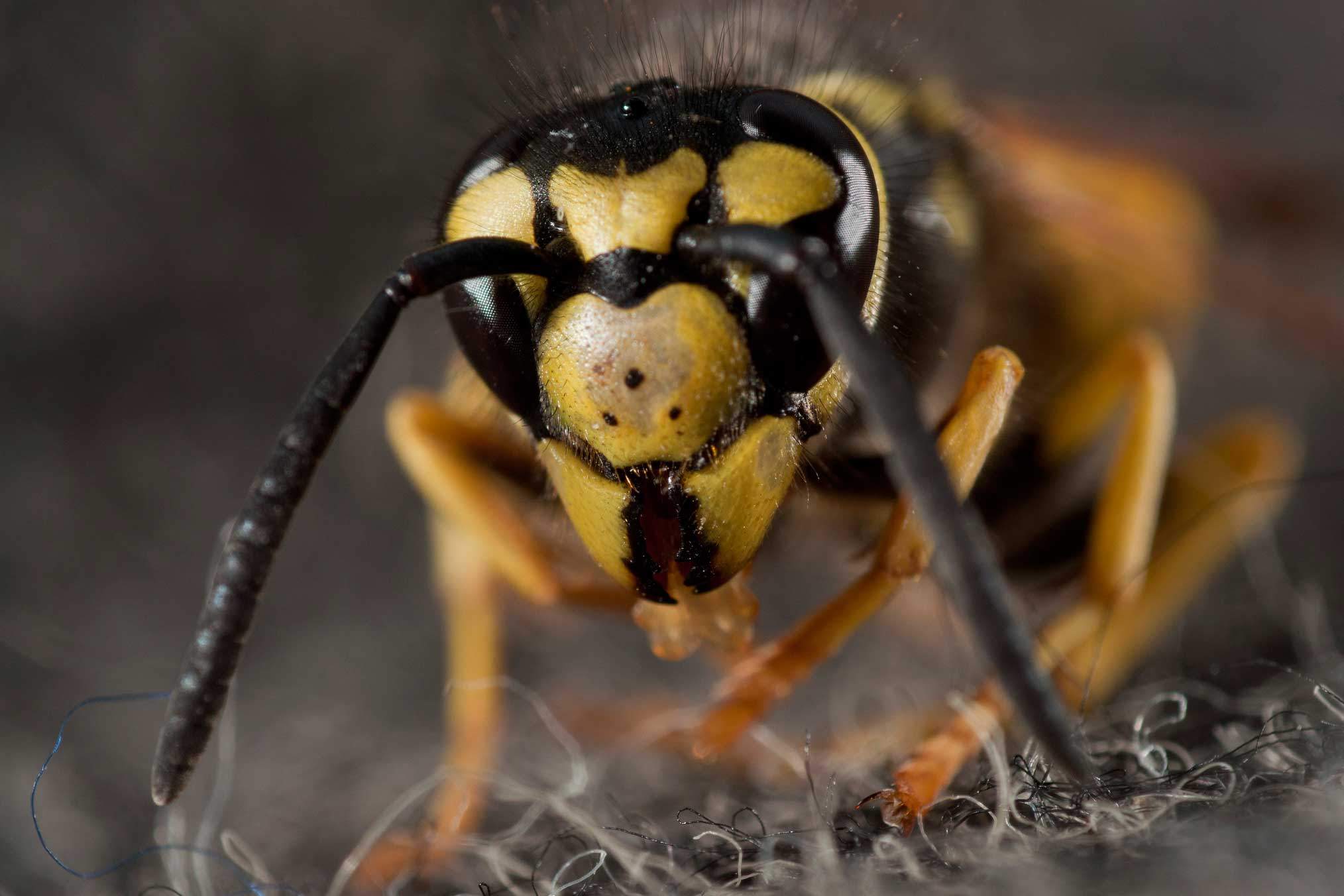 This South American bee not only collects meat from animal carcasses, but has been discovered to have a taste for live prey as well. Scientists have seen the bees swiftly raid recently abandoned wasp nests, carrying off wasp eggs, larvae, and pupae until the nest is empty. They've observed the bees collecting toad eggs too.

Some theorize that they're doing it for the protein. But all developing, young bees need protein, and pollen is actually very rich in protein. The adults of most bee species feed predominantly on nectar and save the pollen for their younger colony members.

These South American bees simply require a different source of protein. Their anatomy reflects their different eating habits. The leg modifications that enable most bee species to transport pollen are largely diminished on these bees. Their mouthparts are sharper, sort of tooth-like. The bees prepare the meat for later consumption by the younger members of the colony by chewing it and then mixing it with sugary liquids, perhaps collected from fruit. Microbes break the mixture down into a viscous goo, which delivers important nutrients to the young bees.

North American yellow jackets have a similar behavior. At picnics, you might spot them taking meat from your sandwich. And if they can't pinch any food off you, they'll settle for eating crickets.