From Monday On: The Days of American Popular Song

Every once in a while, I like to unpack a particular topic as it shows up in the Great American Songbook. I’ve done shows about love, the moon, colors, and happiness in popular song. And this week, I’m going to explore: the week, or more specifically the seven days of the week. We’ll go day by day, exploring all the songs from Monday to Sunday, including standards like “Stormy Monday,” “Thursday’s Child,” “Saturday Night (Is The Loneliest Night Of The Week,” and “A Sunday Kind Of Love,” sung by Frank Sinatra, June Christy, Abbey Lincoln and more.

It’s From Monday On: The Days of American Popular Song, coming up next on Afterglow

A couple of ways to count the days. First in that set was Louis Prima with Sam Butera and The Witnesses in 1956 and the Capitol single “5 Months, 2 Weeks, 2 Days” by Don Donaldson and Debby Moore. And just now, singer June Christy with Stan Kenton and his Orchestra in 1946 with the “Four Months, Three Weeks, Two Days, One Hour Blues” written by Robert Levinson and Mel Tormé. [:32]

Mark Chilla here on Afterglow. On this show, we’re counting the days in the Great American Songbook, looking at jazz standards all about days of the week.

I dug through as many songs as I could to find this collection of “day” songs, and I found that certain days of the week are overrepresented in the American songbook, while others are very much underrepresented. You might expect some songs about the weekend, and you’d be right, there are quite a few. But there are also a good amount of songs about Monday.

Monday is not necessarily everyone’s favorite day of the week, and so as you might expect, this day is usually associated with feeling blue. Let’s hear a few songs on that topic now, which both come a little more from the rhythm and blues side of American popular music.

First up is Fats Domino in 1957 with the Dave Bartholomew song “Blue Monday,” on Afterglow

Two rhythm and blues songs about Monday. Just now, we heard Lou Rawls and the Les McCann Trio in 1962 with the T-Bone Walker song “They Call It Stormy Monday.” Not to be confused with the Earl Hines song “Stormy Monday Blues,” made famous by Billy Eckstine, which mentions neither the word “stormy” nor “Monday.” Before that, Fats Domino in 1957 with the Dave Bartholomew song “Blue Monday.”

Many more songs were written about Monday, including a few that are a little more optimistic. Let’s hear some of them now, all of these dating back to the early swing era. First up is Louis Armstrong in 1939 with a song written by Earl Hines, the tune “Our Monday Date,” on Afterglow.

MUSIC - PAUL WHITEMAN AND BING CROSBY, “FROM MONDAY ON”

The Jimmy Van Heusen and Johnny Burke song “Sunday, Monday or Always,” sung there by Dick Haymes in 1952. That song was originally written in 1943 and first became a hit when it was sung by Bing Crosby. Before that, we heard Bing himself with his vocal group The Rhythm Boys, along with trumpeter Bix Beiderbecke and Paul Whiteman’s Orchestra way back in 1928. That was a tune Crosby co-wrote with one of the Rhythm Boys Harry Barris called “From Monday On.” And starting that set, Louis Armstrong in 1939 with the Earl Hines tune “Our Monday Date.”

From Monday we turn to Tuesday, a day of the week that jazz and blues songwriters seem to pretty much ignore. Sure, we have the Rolling Stones “Ruby Tuesday,” Lynyrd Skynyrd’s “Tuesday’s Gone,” or The Moody Blues’s “Tuesday Afternoon”... but nothing sung by any jazz artists. At least as far as I can tell.

Wednesday and Thursday on the other hand, that’s a different story. I found exactly one Wednesday song and one Thursday song, and interestingly both are derived from the same source material, the popular nursery rhyme “Monday’s Child.” You’ve probably heard it before:

Monday's child is fair of face,

Tuesday's child is full of grace.

Wednesday's child is full of woe,

Thursday's child has far to go.

That particular nursery rhyme has been a big inspiration for songwriters, and has been referenced in songs by David Bowie, The Monkees, Van Morrison, and Nancy Sinatra. Here are two songs, written by two different composers, that each draw from this poem.

First up, here is singer Patty McGovern with a song she co-wrote with songwriter Thomas Talbert. This is “Wednesday’s Child,” on Afterglow

Chris Connor and the Ralph Burns Orchestra in 1956 with “Thursday’s Child,” written by Murray Grand and Elisse Boyd, the same songwriting duo behind the song “Guess Who I Saw Today.” Before that, we heard singer Patty McGovern, also in 1956, with the song “Wednesday’s Child,” written by McGovern herself and songwriter Thomas Talbert. Both of those songs were inspired by the popular nursery rhyme “Monday’s Child.”

In just a bit, we’ll head to the weekend, as we continue looking at songs about days of the week. Stay with us.

Welcome back to Afterglow, I’m Mark Chilla. We’ve been exploring songs all about different days of the week this hour. And where we left off, we had heard a song each about Wednesday and Thursday, so now we turn to Friday. We’ve got the Kenny Dorham song “Blue Friday” from the trumpeter’s 1959 album Quiet Kenny in the background right now. But beyond this, there’s really not many jazz songs explicitly about Friday, or at least with Friday in the title.

Saturday has a handful of songs, however. Let's start with one of the swinginest ones first. This is Frank Sinatra in 1958 with arranger Billy May, and the Jule Styne and Sammy Cahn tune “Saturday Night (Is The Loneliest Night Of The Week), on Afterglow

June Christy with Pete Rugolo’s orchestra in 1958 with “Saturday’s Children,” written by Bob Russell and Andre Previn… yet another song inspired by the famous nursery rhyme “Monday’s Child.” In that original poem, “Saturday’s Child” is the hard-working one. Before that, Frank Sinatra with a remake of his 1946 hit single “Saturday Night (Is The Loneliest Night Of The Week),” written by Jule Styne and Sammy Cahn. That comes from the his 1959 album Come Dance With Me, arranged by Billy May.

We still have about a third of this episode to go, and believe it or not, I’m devoting the rest of the show to the most inspirational song in the Great American Songbook: Sunday. Not sure what it is about Sunday in particular that was so inspiring to songwriters. The religious connection? The close of the week and weekend? But for whatever reason, we have many Sunday songs to feature, starting with Frank Sinatra again, with another song co-written by Jule Styne. This is the song “Sunday,” on Afterglow.

Ella Fitzgerald in 1947 featuring the Andy Love Quintet on backing vocals and the jazz standard “A Sunday Kind Of Love.” Before that, we heard Frank Sinatra with the 1926 Chester Conn tune “Sunday.” That comes from Sinatra’s 1954 album Swing Easy, arranged by the great Nelson Riddle.

I have even more Sunday tunes now, these next two perhaps a bit more unfamiliar. This first one comes from Julie London off of her 1957 album About The Blues. This is the Lenny Adelson and Jeff Clarkson song “Sunday Blues,” on Afterglow

Singer Jeri Southern in 1955 with the song “Come By Sunday,” another song written by Murray Grand. Before that, we heard Julie London in 1957 with the song “Sunday Blues.”

We’re coming to the close of our show about days of the week. While I was grasping at straws for songs about Wednesday and Thursday, and completely unsuccessful finding songs about Tuesday and Friday, there are in fact, so many Sunday songs that I had to leave some on the cutting room floor, like Jule Styne and Susan Birkenhead’s “It’s Sunday,” sung by Frank Sinatra in 1983, the haunting “Gloomy Sunday,” sung by Billie Holiday and others, Nat Cole’s 1963 hit “That Sunday, That Summer,” or the charming “Sunday In New York,” sung by Mel Torme.

But to round out our week of songs, I’ll turn now to one of the best Sunday songs out there. This comes from songwriter Duke Ellington, a critical part of his jazz suite known as Black, Brown and Beige, the song “Come Sunday.” It was originally an alto saxophone solo, performed by Johnny Hodges, and then it was given words and first performed masterfully by gospel singer Mahalia Jackson in 1958.

Here’s a version from the following year by jazz singer Abbey Lincoln off of her landmark album Abbey Is Blue. This is Abbey Lincoln with Duke Ellington’s “Come Sunday,” on Afterglow.

Abbey Lincoln in 1959 with the Duke Ellington song “Come Sunday.” And thanks for exploring the days of the week with me on this edition of Afterglow.

Afterglow is part of the educational mission of Indiana University and produced by WFIU Public Radio in beautiful Bloomington, Indiana. The executive producer is John Bailey.

Playlists for this and other Afterglow programs are available on our website. That’s at indianapublicmedia.org/afterglow.

I’m Mark Chilla, and join me next week for our mix of Vocal Jazz and popular song from the Great American Songbook, here on Afterglow 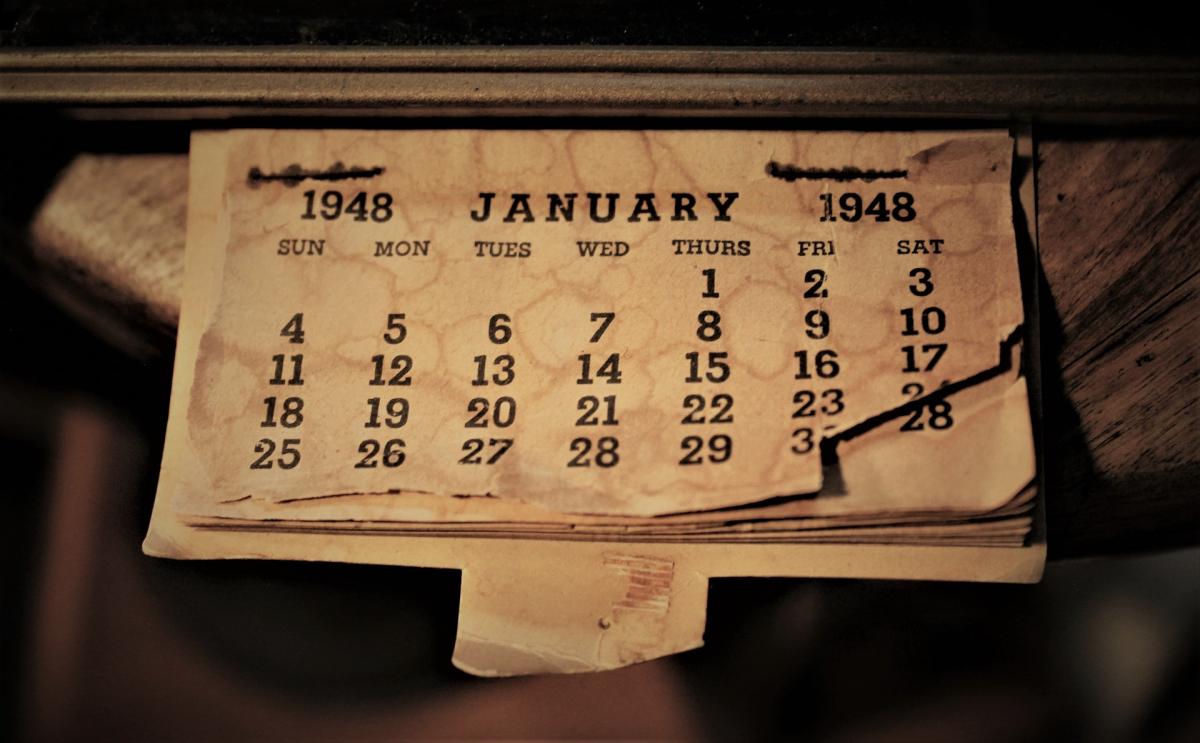 Every once in a while, I like to unpack a particular topic as it shows up in the Great American Songbook. I’ve done shows about love, the moon, colors, and happiness in popular song. And this week, I’m going to explore: the week, or more specifically the seven days of the week. We’ll go day by day, exploring all the songs from Monday to Sunday, including standards like “Stormy Monday,” “Thursday’s Child,” “Saturday Night (Is The Loneliest Night Of The Week,” and “A Sunday Kind Of Love,” sung by Frank Sinatra, June Christy, Abbey Lincoln and more. 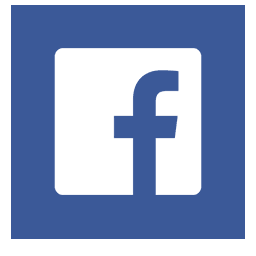 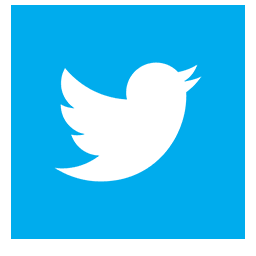 Afterglow is a weekly program of jazz and American popular song hosted by Mark Chilla and produced by WFIU Public Media in Bloomington, Indiana. Learn More »